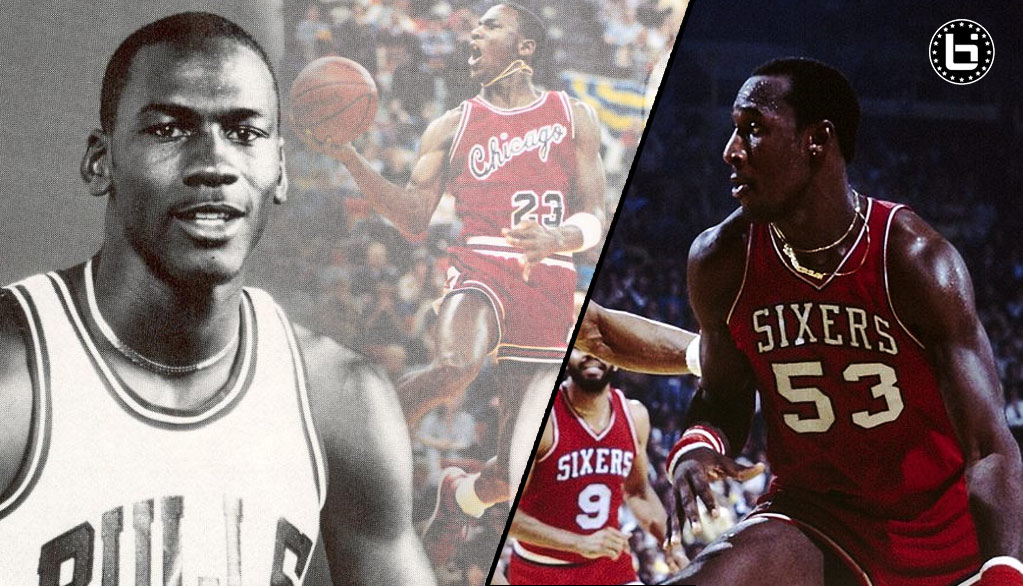 Michael Jordan was the first player to challenge the NBA and wear whatever shoes he wanted even if it meant a $5,000 per game fine. As ...(Read more)

Gold Chains in the NBA: From Dr J to Chocolate Thunder to MJ

Michael Jordan was the first player to challenge the NBA and wear whatever shoes he wanted even if it meant a $5,000 per game fine. As a result of Jordan’s defiance and Nike’s marketing, the majority of players in the league now wear Nike and Jordan shoes.

In 1989, he was the first player to have his own custom longer shorts made. As a result, shorts became longer and the John Stockton shorts became extinct – although Chris Douglas-Roberts wants to resurrect them.

One fashion accessory Jordan wasn’t able to keep popular was the gold chain. But unlike the black shoes and longer shorts, MJ wasn’t the first basketball player to make some noise with gold chains. Legends like Wilt and Dr J wore them in games but it was our friend Darryl “Chocolate Thunder” Dawkins, who used to wear a few, with charms(!), that got the gold chain banned from games. As cool as Dr J looked in the pic above, could you imagine how dangerous a gold chain around a neck could be in a situation like this? As a result, Dr J’s successor couldn’t wear his gold chains in a regular season game so he used All-Star weekend and the dunk contest to make a fashion statement. Jordan and Dr J both lost to Dominique Wilkins in the 1985 dunk contest but MJ and his gold chains would return and win 2 years later in the 87 Wilkin-less (Gerald doesn’t count) contest.

Jordan didn’t wear any jewelry when he “beat” Nique the following year in the infamous 88 Showdown in Chicago but Kenny Skywalker would bring the chain back a year after in his impressive and emotional dunk contest win in 1989. After that, the gold chain movement died on the court and even off the court in hip-hop: Slick Rick went to jail, Rakim and Big Daddy Kane hung them up, Chuck D and other rappers traded in their gold chains for African medallions and then rappers eventually upgraded their “bling” to platinum and diamonds.

As for trendsetter Michael Jordan, he didn’t upgrade his jewelry to platinum but his ring collection got a lot bigger during these years.