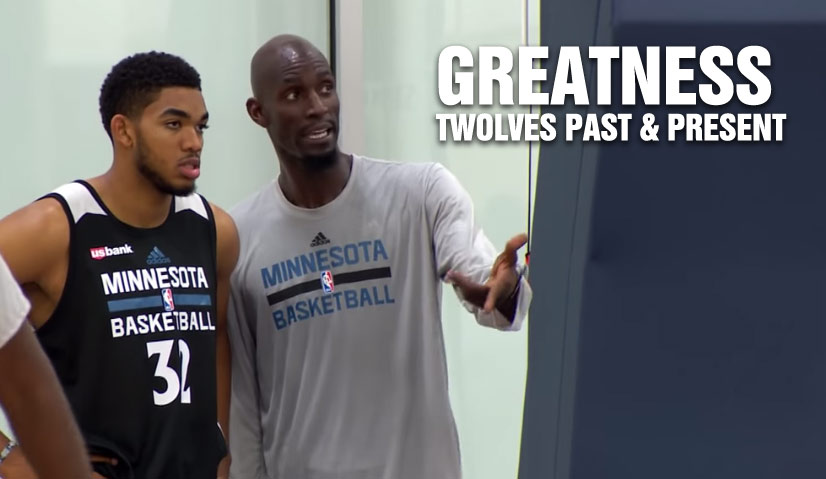 20 years ago, Kevin Garnett was a 19 year old paper thin rookie for the TWolves. He came across as shy in interviews and “not ready” ...(Read more)

20 years ago, Kevin Garnett was a 19 year old paper thin rookie for the TWolves. He came across as shy in interviews and “not ready” by some of the vets in the league.  Today, KG – a lock for the NBA Hall of Fame – is the most vocal and experienced vet on the Wolves roster.  A roster which includes a lot of young guys, including #1 pick Karl Anthony-Towns who wasn’t even alive when the TWolves selected KG with the #5 pick n the 95 Draft.

“We have a great group of young guys who are eager to learn. And I’m using the word ‘great’. Not good, but great,” Garnett said. “And they understand that they’re willing and open to work hard and give everything. I see a lot of myself in some of these guys.”

Karl Anthony-Towns is one of those guys and he sounds just as happy to listen as KG is to speak.

When asked about Towns, KG said he has all the tools to be good.

”Very talkative, very confident, which is two things you need in this league,” KG said of Towns. ”Very skilled. I haven’t seen other than what I’ve seen in the tournament. I look forward to working with him.”

Having all the skills and confidence in the world is good, but having a mentor, like KG, with just as much confidence in you, is what makes good players great.