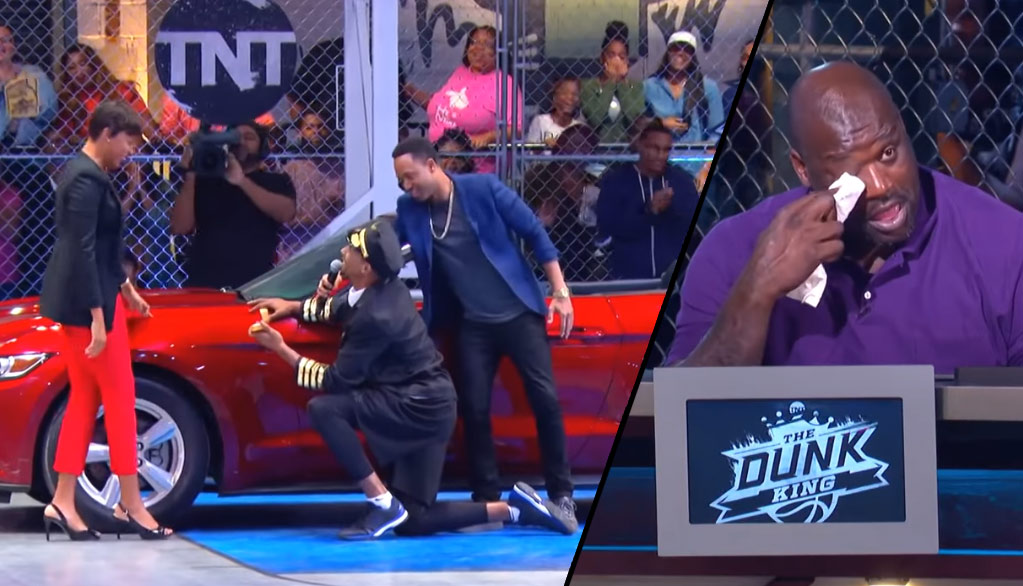 During the finale of season 1 of TNT’s The Dunk King, 5’5 Porter Maberry won $100,000 after jumping over 7’1 Shaquille O’Neal and winning the biggest budget non-NBA dunk contest ever. One of the losers in the event was international dunk phenom Guy Dupuy aka The Frequent Flyer aka a guy who is near impossible to beat.

In the finale of season 2, Guy not only found redemption by beating Porter and Jordan “Mission Impossible” Kilganon aka The Viral Dunker In Jeans with a dunk that left Shaq in tears, he left the contest with a fiance and a lot of money to pay for that ring, future wedding and honeymoon.

Besides Dupuy’s proposal, this season’s Dunk King actually had quite a few tear-jerker story lines and moments. You had a dunker Davene Carter aka Showtime who taken out of foster care and adopted by his sister (25 minute mark of the following video)…

You had another dunker with a touching story about  having two white Dads and there was Brandon Lacue aka Werm, who broke down in tears after completing a dunk that was dedicated to his recently deceased Dad.