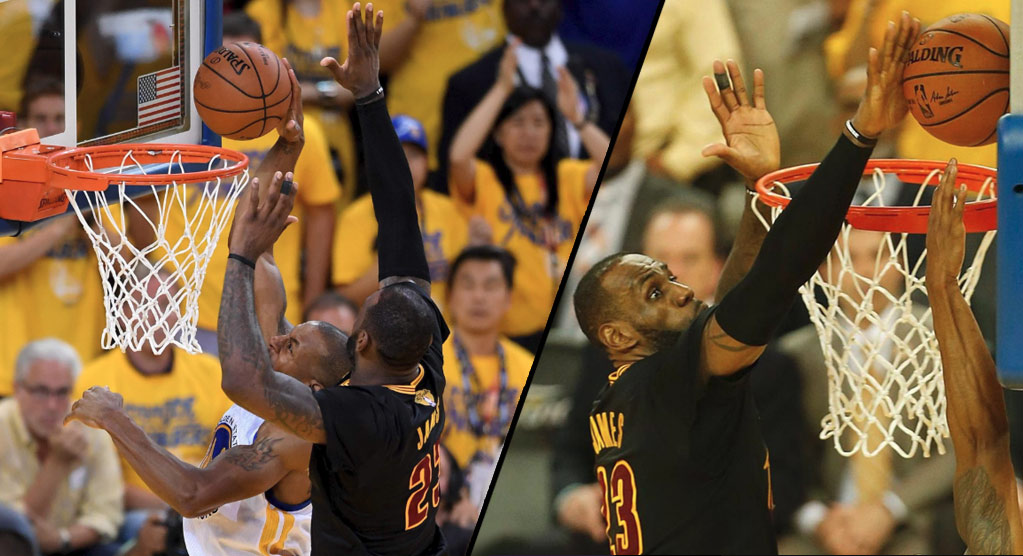 LeBron James claimed the title of “King of Chase-Down Blocks” early in his NBA career. And on June 19th of 2016, minutes before claiming the first ...(Read more)

LeBron James claimed the title of “King of Chase-Down Blocks” early in his NBA career. And on June 19th of 2016, minutes before claiming the first title in Cavs history (because the Warriors blew a 3-1 lead), LeBron showed why he’s the king with arguably the greatest block in NBA history.

The block on Andre Iguodala is now simply known as “The Block.” It’s so memorable, you can’t help but have flashes of it every time you see a chase down block in a game. It’s so special, the ESPN SportsScience crew even made a video about it (below). It’s so known, I’ve even heard people use LeBron’s name as a substitute for “cock blocker.” It’s so dope, even Iguodala had to say, “that shit was dope to me.”

“When he blocked it, I thought somebody got shot. I laugh about it all the time. People try to joke on me. I still get mentions all day from fans always talking about the block.

“I’m like, ‘Man, that s— was so dope to me, too.’ I was a fan. That s— was amazing. When he blocked it, I was like, ‘Damn, somebody got shot.’ I thought it was funny. Somebody just made a good play. What you want me to do? If you enjoy the game of basketball, you should just be like, ‘Dude made a great play. F— it.'”

Two days after the block and historic comeback by the Cavs, I attended a Kevin Durant event in Austin, where KD promoted his new shoe and raved about LeBron’s performance in the Finals. When asked about the block, he said, “(LeBron) looked like Batman coming out of nowhere. Seriously. They got the all black on and he came out of nowhere.”

Little did I know KD was about to come out of nowhere and block LeBron’s chances of winning another title in Cleveland by joining Iguodala on the Warriors.

Anyways, here’s the SportsScience breakdown of the play LeBron calls the “defining moment” of his career.

This is the door open just down the hallway from #Warriors locker room. #Cavs pic.twitter.com/8z41uI01pA