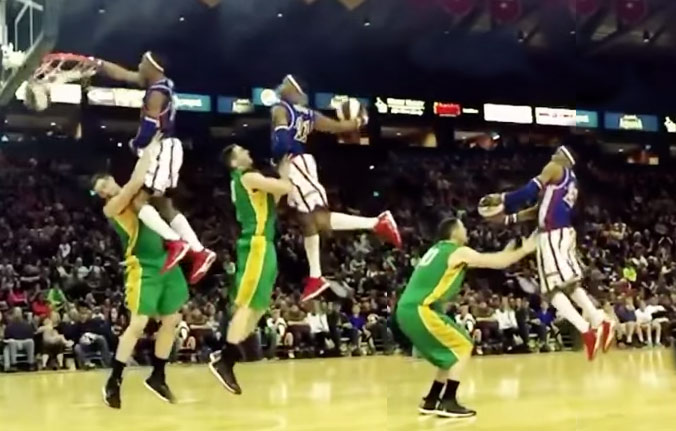 If you have been following the Harlem Globetrotters in the past week then you have probably seen 3 of the best windmill dunk videos of the year. Let’s start off with Hammer Harrison who sent out a windmill challenge by throwing down 6 windmills in 15 seconds.

Then we have Hawk Thomas who is capable of throwing down a windmill from waaaay out off two feet.  Yeah I know James Flight White used to be able to do a windmill from the free throw line but that was off 1 foot and he’s also one in a million.

Then we have the one of the best dunkers in the world, Chris Staples, throwing down a windmill dunk on a defender during a game!