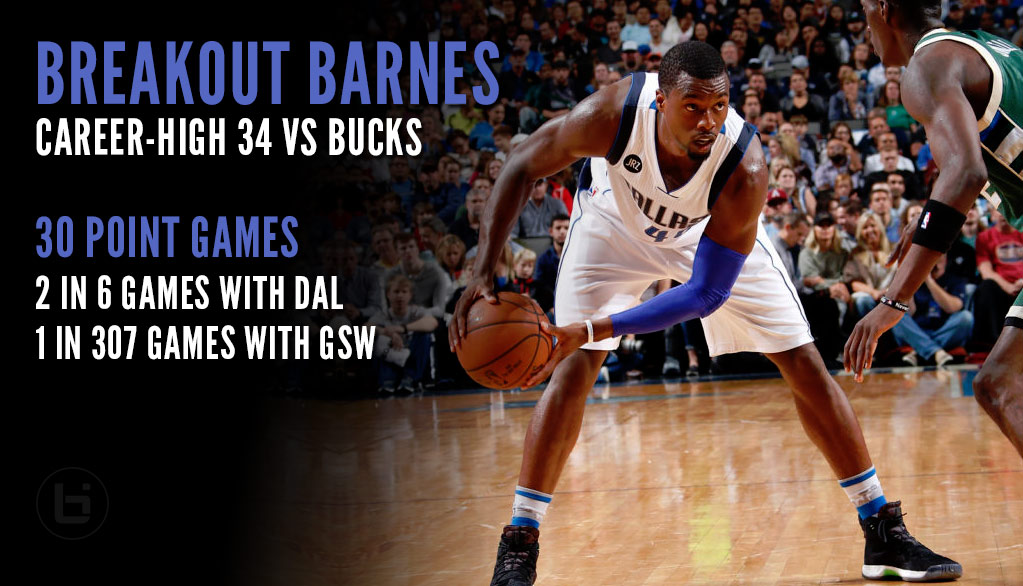 Harrison Barnes had an awful NBA Finals. He then went to Rio and became a meme for never getting any playing time on Team USA. Came ...(Read more)

Harrison Barnes Scores 34, Another Career-High With The Mavs

Harrison Barnes had an awful NBA Finals. He then went to Rio and became a meme for never getting any playing time on Team USA. Came back to the states and left Golden State by signing a $94 million max deal. Started preseason with the Mavs by making 12 of 51 shots.

Then the regular season started and things instantly started to look better. In his 2nd game with the Mavs he scored 31 points. And on Sunday, Barnes dropped a career-high 34 on the Bucks.

“I think the biggest thing that Coach has told me is just look for my shot and be aggressive,” Barnes said. “My teammates have a lot of confidence in me and when I was able to get into a good rhythm, the basket got bigger and bigger.”

The two 30 point performances in a Dallas uniform is one more than his total with the Warriors in four seasons! Here’s Barnes’ season-highs with his former team.

Now that Barnes is feeling comfortable with his shot again, can we please see this Barnes aka The Black Falcon again.