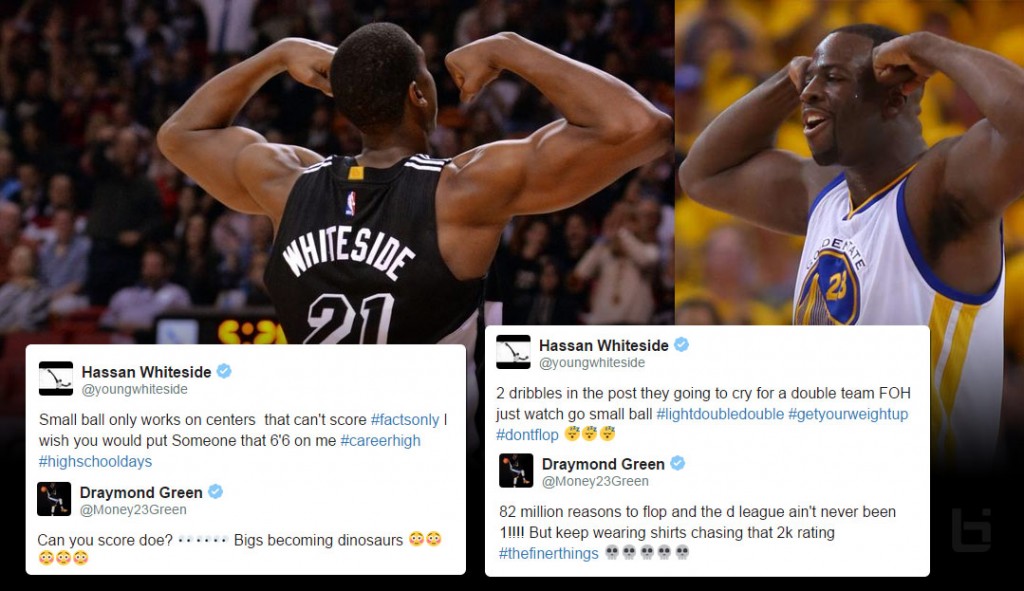 Over the past 24 hours, the two very different centers got into a little Twitter spat over the effectiveness of small ball against a traditional center.

It looks like the two are done dissing each other but you can bet on January 11th when the Heat and Warriors meet that the two will continue their discussion.