10 points, 12 rebounds and 7 blocks! That sounds like a great night for a center right? Well, that’s just Hassan Whiteside’s numbers in the 2nd half of the Heat’s comeback win against the Nuggets on Friday.  Whiteside, who has been battling with knee tendinitis, finished the game with 19 points, 17 rebounds and 11 blocks!

“I told Coach when I got on the bus my knee felt the best it’s felt since I injured it,” Whiteside said. “I told him, ‘Don’t limit my minutes. I’m back to that athletic Hassan you know.'”

Whiteside also joined Hakeem, Shaq, The Admiral, Shawn Bradley and Noah as the only players in the past 30 years with 19, 17 and 11 (don’t you just love/hate random stats like this?) in a game. 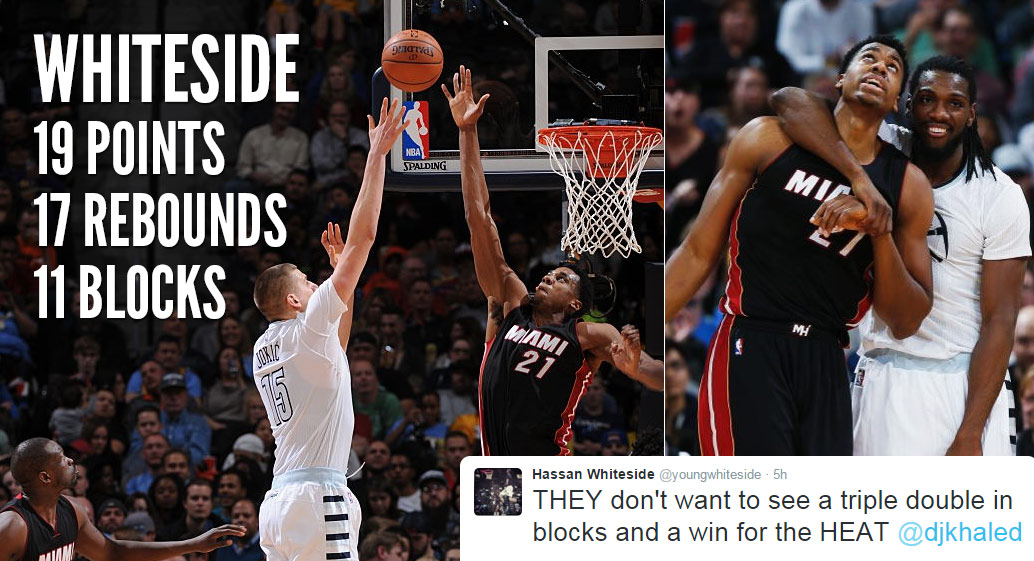