With LeBron sitting, somebody was going to have to step up and throw down some big dunks for NBA TV during the Heat and Cavs game.  Wade? No, especially since his own son was making fun of him after the last game for not dunking anymore. That body was Gerald Green and he didn’t disappoint with 2 monster dunks.

The reactions on his teammates faces says it all. 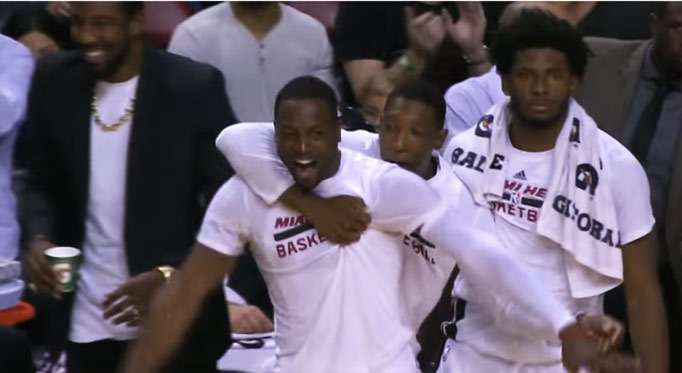 Winslow had the best reaction and also still has the best Heat dunk of the season so far.