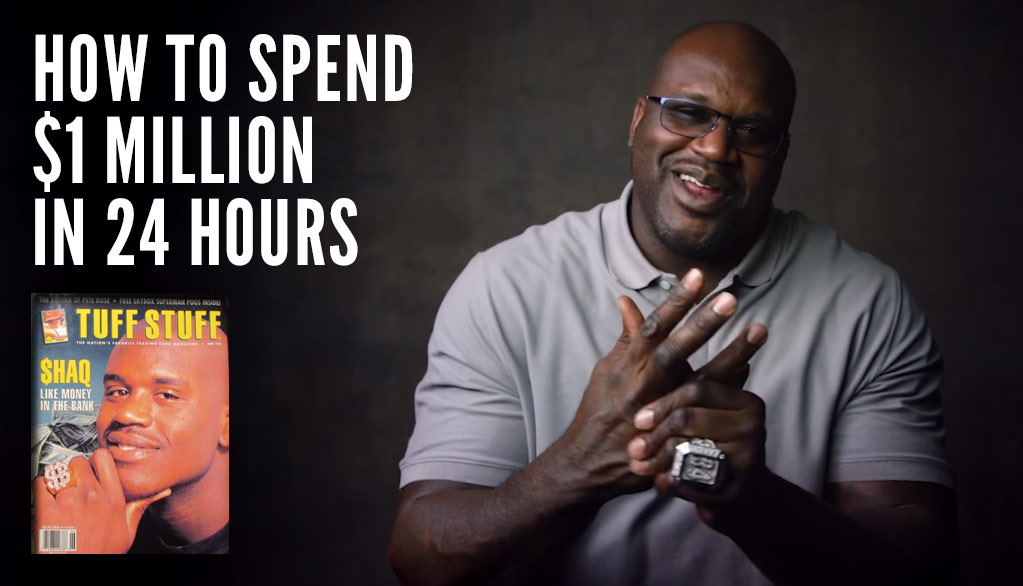 NBA MDE and entrepreneur Shaquille O’Neal was the subject of the latest episode of the TV show Oprah’s Master Class. One of the most amusing stories ...(Read more)

How Shaq Spent His First Million Dollars In One Day

NBA MDE and entrepreneur Shaquille O’Neal was the subject of the latest episode of the TV show Oprah’s Master Class. One of the most amusing stories Shaq told on the show was about how he spent his first million dollars — from a groundbreaking deal with now-defunct sports card company Classic Games — in 24 hours.

And with that “million dollars,” he bought his dream black-on-black Benz for $150,000. Not only did he unwisely not negotiate the price, he paid it twice so he and his Dad could have matching cars. And then he bought a mini-size version for his Mom. After making the Orlando Mercedes dealership really happy, he went jewelry shopping, spending a few more hundred thousand on rings, necklaces, and bracelets to go with a nice suit for the upcoming NBA draft. The next morning, he gets a call from the bank and gets his first financial lesson that a lot of other pro athletes probably didn’t and wish they had.

But Shaq’s bank wasn’t concerned. Within a couple of months, their client would end up signing deals with Reebok, Spalding, Scoreboard and Kenner Park Toys as well as the richest contract in pro sports history: seven-years, $40 million with the Orlando Magic.

About that groundbreaking deal from Classic. In 1992, sports cards companies Fleer, Hoops, Topps, Skybox and Upper Deck were making NBA licensed basketball cards. Collegiate-focused Classic paid Shaq a million dollars so they could be the only company to put out Shaq cards in 92. This caused a frenzy in the card market and birthed the redemption card. These cards — redeemable for Shaq rookies as soon as 92 ended — single-handedly caused a market boom and birthed a bunch of Mom and Pop card shops. The one from Hoops, was in such high demand at the price of about $150, some dumb ass idiots (like me) ended buying a counterfeit for $80 because they never got the financial lesson, “If a deal is too good to be true, it probably is.” Some dumb ass idiots (also me) also made horrible trades trying to get as many as these classic Shaq cards as possible; I gave up a $200 2nd-year Michael Jordan card for a “limited edition” Shaq card that was selling for about $100. You can now pick up those “limited edition” cards for about $10 on Ebay; the Jordan card will cost you about $400.

In 1992, this collection of Shaq rookie cards would cost over $1k. It’s worth less than $50 now. pic.twitter.com/Rb9dQdbPGp

These two cards are still worth a few dollars (and fuck PSA and their grading system) pic.twitter.com/oIUHSE4oU4

Why were his cards so expensive? This is what Shaq did during his first week in the NBA. 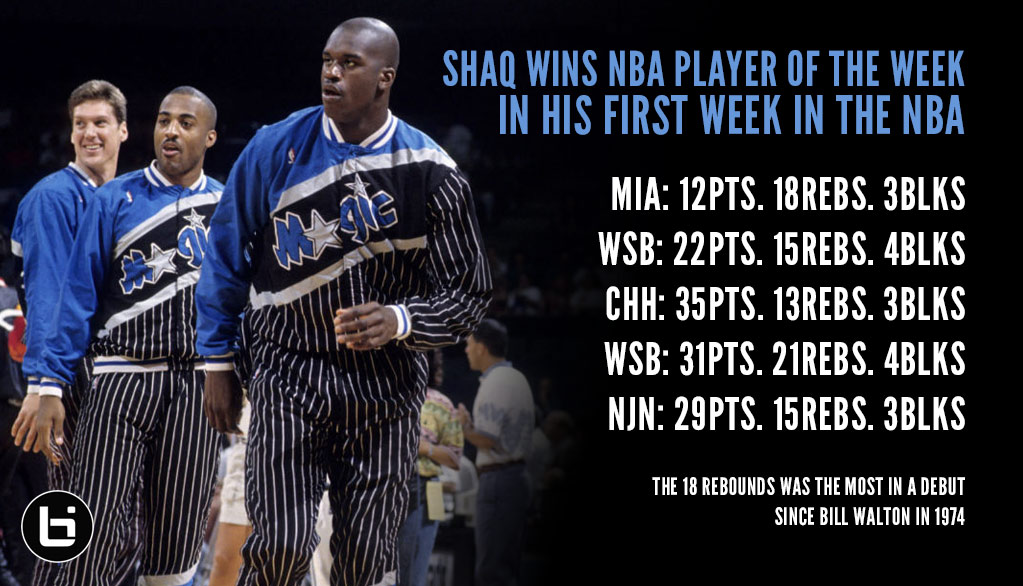