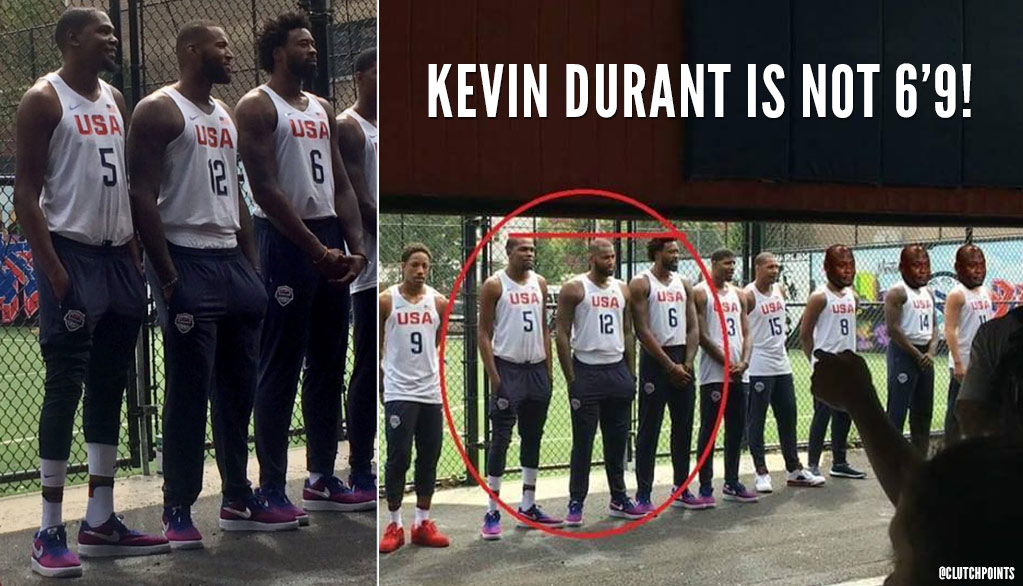 One of the trending stories in the NBA today is Kevin Durant admitting his real height (seriously!), which is not 6’9 like the NBA, ESPN and Wikipedia websites say. It’s 6’11 without shoes and 7’0 when he has his Nike KD kicks on.

Speaking to Bob Fitzgerald on KNBR, Durant put fact over fiction when answering the age-old question of how tall he really is. “Since I love you guys so much, I was recorded at 6’10” and three-quarters with no shoes, so with my shoes on I’m 7-feet,” Durant finally revealed.

If you follow Ballislife, then you know he’s actually admitted he’s not 6’9 a couple of times. The topic about his height came up back in June, when he was playing with Team USA and standing side-by-side with 7 footers like DeMarcus Cousins in photos (above). Here’s a quote I found from the Wall Street Journal.

Earlier last season, he also had this to say about a game-saving block on Chris Paul.

Well, there you have it.

A couple of NBA draft sites and scouts also had the long-looking Longhorn listed at 6’10 before the NBA draft, where he was picked 2nd behind the 7 foot bust Greg Oden. 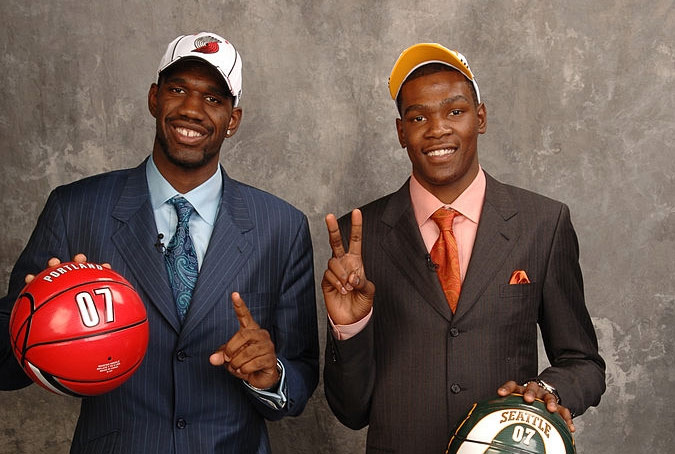