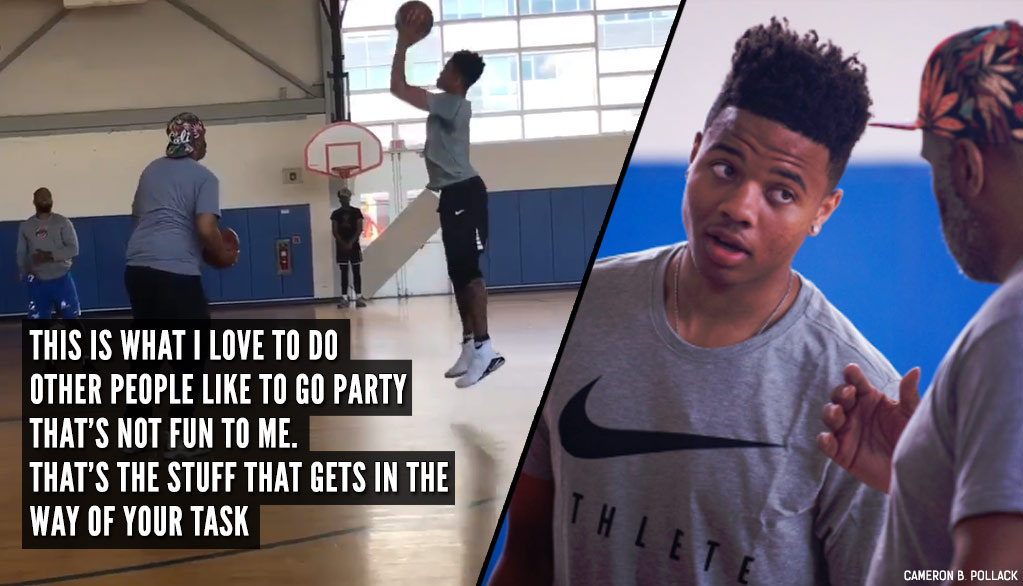 Top NBA draft pick Markelle Fultz has a million moves and since travelling is rarely called in the NBA, he’s working on his extra step skills. ...(Read more)

Top NBA draft pick Markelle Fultz has a million moves and since travelling is rarely called in the NBA, he’s working on his extra step skills.

I’m kidding about the extra steps but I’m serious when I say Fultz lives in a gym and has been living in one for the past few years as he and Keith Williams — his “trainer, mentor and father figure” for the past 12 years — are always looking for that extra move or motivation to keep Fultz a step ahead of his competition.

On Tuesday, Fultz and Williams hit the Riggs La Salle Recreation Center in Washington, D.C. at noon for the first of two workouts.  Keith Pompey of Philly.com documented the workout and spoke to Williams about training and challenging a young Fultz.

“You knew he loved basketball,” Williams said. “He never would give up.”

As Fultz got older, Williams incorporated (Fultz’ friend Kenneth) Tappin and others into the workouts. Four years older than Fultz, Tappin’s job was to make things rough for him. When they played one-on-one, Fultz remembered, “There were no fouls” called.

Things got so intense sometimes that Fultz and Williams did not speak after workouts. There were times, Fultz said, when he “hated” Williams. But he always came back to play again the next day.

“This is what I love to do,” Fultz said. “I’m having fun. This is all that matters. Other people like to go party and stuff. At the end of the day, that’s not fun to me. That’s the stuff that gets in the way of your task.

“My goal is way higher than going out to parties.”

Fultz has stated his has some big goals — including winning MVP during a Rookie of the Year season — and that goal sounds highly unlikely, but then again, so does the odds of an unknown high school sophomore on the JV basketball team becoming a top player in high school two years later and the #1 pick in the NBA draft a little more than a year after that. And the way he accomplished that goal was by dreaming big and taking that extra step with Williams.