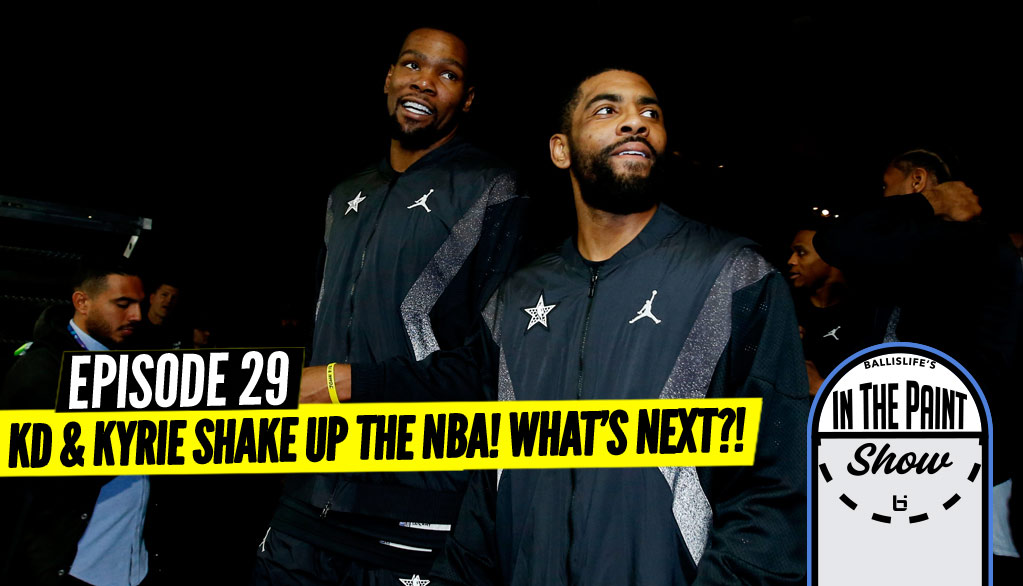 In episode No. 29 of our  "In The Paint Show," Dev and special guest host Joel Francisco join Doug Gottlieb to go in on the NBA's free agent sweepstakes. Who are the big winners and losers? And what are Doug's most underrated off-season moves so far?

“In The Paint” Podcast GOES IN On NBA Free Agency!

In episode No. 29 of our  “In The Paint Show,“ Devin Ugland and special guest host Joel Francisco (a long-time and respected high school basketball scout) go in on the NBA’s free agent sweepstakes and who the big winners and losers were. They react to the big news that Kevin Durant and Kyrie Irving will join forces with the Brooklyn Nets. Are people over-reacting to these announcements, considering KD will miss all of next year? Are the Golden State Warriors now done as a serious NBA championship contender?

There is still the looming decision of NBA champion Kawhi Leonard, and the impact if he re-signs with the Toronto Raptors or moves on to a team like the Los Angeles Lakers or Los Angeles Clippers? How did the Lakers come out smelling like roses after a disastrous 2018-19 season? Will Leonard join LeBron James and Anthony Davis and completely alter the championship projections for 2019-20?

This week’s special guest is Fox Sports Radio host Doug Gottlieb, a former standout at Tustin High School, Notre Dame and Oklahoma State. He joins the show to break down all the major free agency moves and how it impacts the future of the league. Doug also gives his most underrated moves of the off-season thus far!

Dev, Joel and Doug go hard “In The Paint” on all the NBA free agent moves in this week’s pod, so make sure to give it a listen!