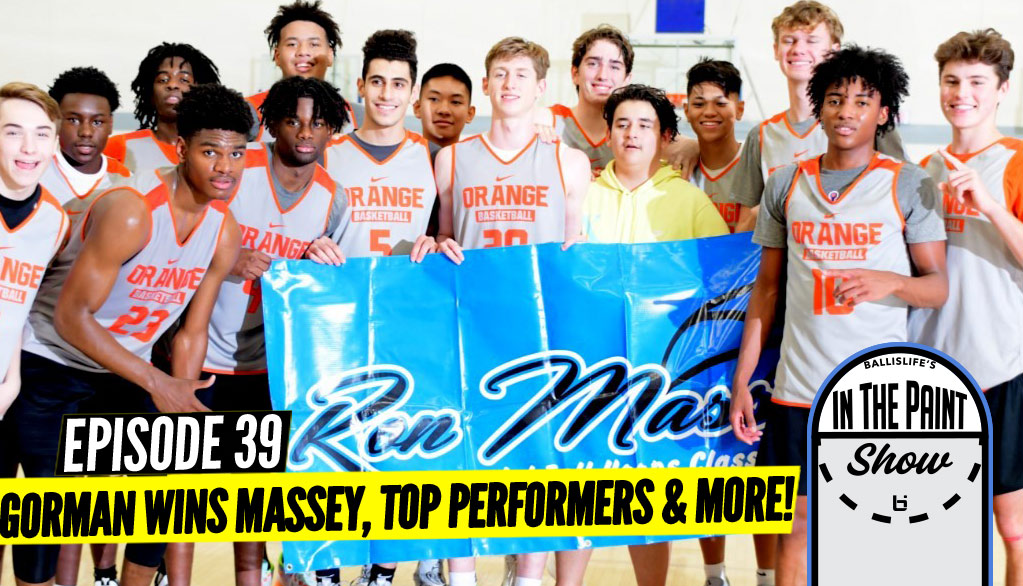 In episode No. 39 of our "In The Paint Show,"  Ron and Dev go hard on the recent Ron Massey Fall Hoops Classic, which was captured by perennial FAB 50 title contender Bishop Gorman (Las Vegas, Nev.). The fellas also go in on the Ball family drama. Was Lavar out of line using his "Damaged Goods" example? What should Zo do next?

“In The Paint” Podcast on Ron Massey, Ball Family!

The catalyst in the comeback victory was 2021 point guard Zaon Collins, who controlled the game with his play-making, leadership and instinctual defense. Collins finished the title game with 27 points, eight rebounds, six assists and four steals, including the assist that led to the go-ahead 3-pointer by 2021 shooting guard Will McClendon (16 points, four 3-pointes) and the clutch steal that led to the winning basket. Gorman won the eight-team bracket style event for the second consecutive season.

Just how good is Zaon Collins? Can Rancho Christian be as good as last season when they had both Mobley Brothers? Does Evan Mobley (17.3 ppg, 7 bpg in three Ron Massey games) have enough around him to make another run at the CIFSS Open Division title? Besides defending champ Sierra Canyon (Chatsworth, Calif.), whom else does Dev think are the major contenders for one of the eight spots in the 2019-20 CIFSS Open playoffs? Who else stood out at Ron Massey?

The fellas go hard “In The Paint” on the entire event!

Ron and Dev also touch up on the CA Fair Pay To Play Act (which will go into law in 2023 should California’s Governor sign the bill already passed through the California Senate) and give their take on the Ball family drama (as portrayed on the Facebook show “Ball In The Family”). The rift between Lonzo and Lavar is building and serious, considering Zo thinks the BBB brand is basically dead and his father vehemently disagrees. Is Lavar correct? Was he out of line for using the “Damaged Goods” hypothetical about his son? What should Zo do next?