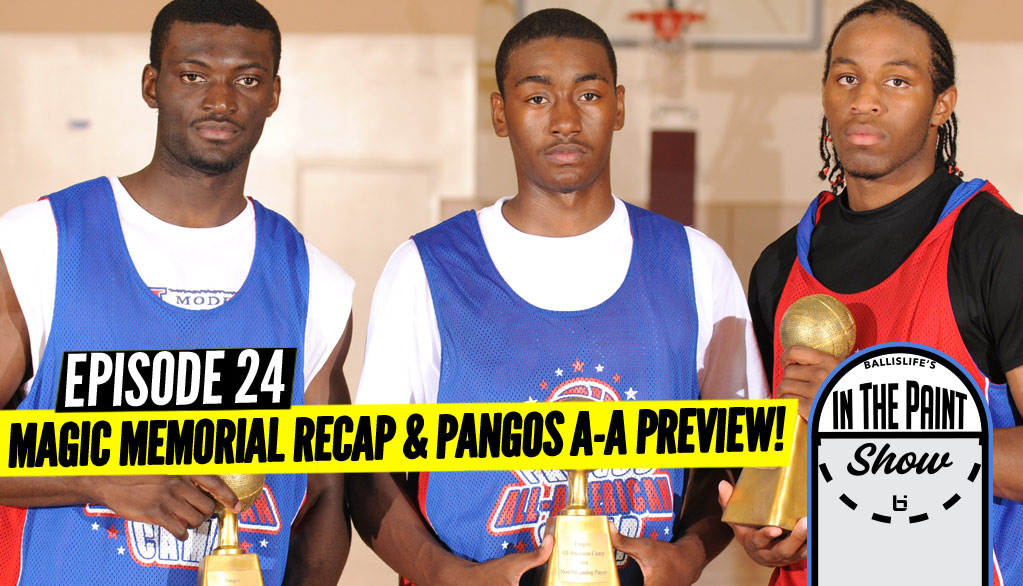 In episode No. 24 of our "In The Paint Show," Ron and Dev go hard on R.J. Hampton's jump from high school to pro ball, standouts from the recent Magic Memorial Day event and preview the upcoming Pangos All-Amerian Camp in SoCal. Who will join the likes of John Wall as Pangos MOP?

In episode No. 24 of our  “In The Paint Show,“ hosts Ronnie Flores and Devin Ugland cover three main topics: R.J. Hampton’s jump from high school to pro ball, a deep look at the standouts at the recent Magic Memorial Day and a preview of the upcoming Pangos All-Amerian Camp in SoCal.

Hampton is fully qualified for college, but is following his dream and No. 1 goal of playing pro ball and getting to the NBA. Is he making the right move? How does his plight compare and contrast to that of Brandon Jennings, Jeremy Tyler, Terrence Ferguson, and Emmanuel Mudiay, the recent elites who decided to head overseas instead of enrolling in a college?

Ron and Dev break down their top performers at the Magic Memorial Day in 17U, 16U and 15U. 2020 National No. 1 Evan Mobley led the host Compton Magic to the tourney title, but other standouts in 17U they break down include Dalen Terry (Compton Magic), Frankie Collins (Dream Vision), Xavion Brown (Lakeshow) and Ian Martinez (SoCal All-Stars).

There were plenty of rising prospects in 16U and 15U including Mikey Williams of Team Thomas, one of the most hyped incoming ninth graders of recent memory. Ron breaks down his list of the five most hyped eighth graders in California history and what may be in store for Williams and Bronny James, who will also enter high school in Southern California next season.

The fellas also preview the 17th Annual Pangos All-American Camp, which will take place May 31-June 2 at Cerritos College. Ron and Dev talk about some of the guys who might challenge Mobley for Most Outstanding Player such as Cade Cunningham, Terrence Clarke, and Dayron Sharpe and some potential breakout performers such as Collins, Martinez, Isa Silva and Micawber Etienne.

This is an action-packed episode and deep in detail with plenty of names, so make sure to give our Pod a listen and share it with friends!