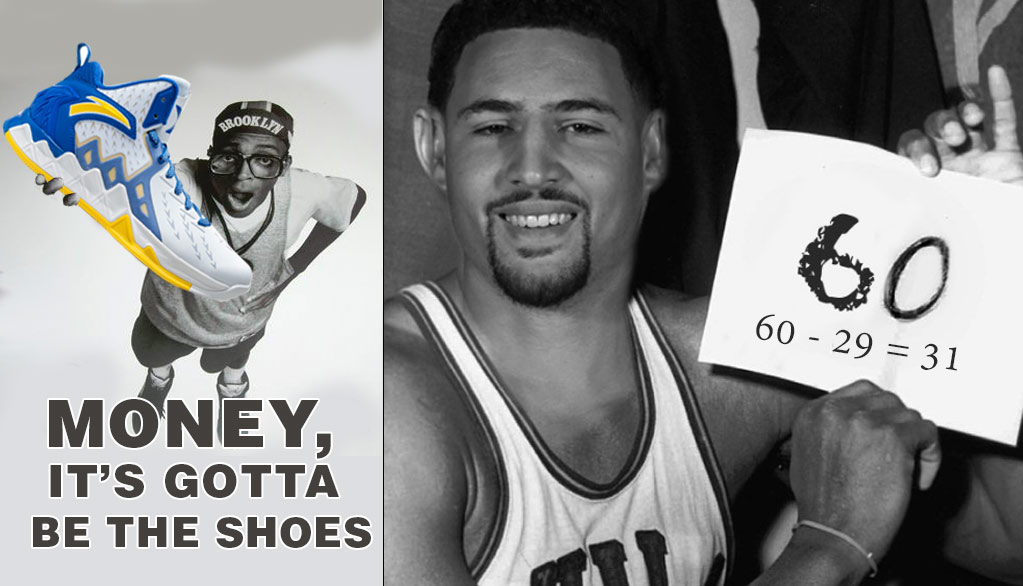 On December 5th, 2016, Klay Thompson and Draymond Green combined to score 62 points in three quarters during a 142-106 blowout win over the Pacers; Green ...(Read more)

On December 5th, 2016, Klay Thompson and Draymond Green combined to score 62 points in three quarters during a 142-106 blowout win over the Pacers; Green had two of the 62, which means Klay Thompson scored a ridiculous 60 points. Even more ridiculous is the fact that he did it in just 29 minutes on 21-of-33 from the field, 8-of-14 from three and 10-of-11 from the charity stripe! Even more ridiculous than that is Klay only held the ball for a total of 90 seconds (averaging 1.73 seconds per touch) and dribbled just 11 times.

Unfortunately, because it was a blowout, Klay had to sit out the 4th quarter — just like he did in his previous career-high — and didn’t get a shot at going for Kobe’s record of 81.

“Maybe. I think I could have, maybe one day I’ll have the opportunity,” Thompson said, “But 60 in 29 minutes is not too bad.”

Not bad at all no matter how you look at it…even if 60 minus 29 equals 31…you probably know where I’m going with this.

(SOCIAL MEDIA REACTIONS HAVE BEEN REMOVED)