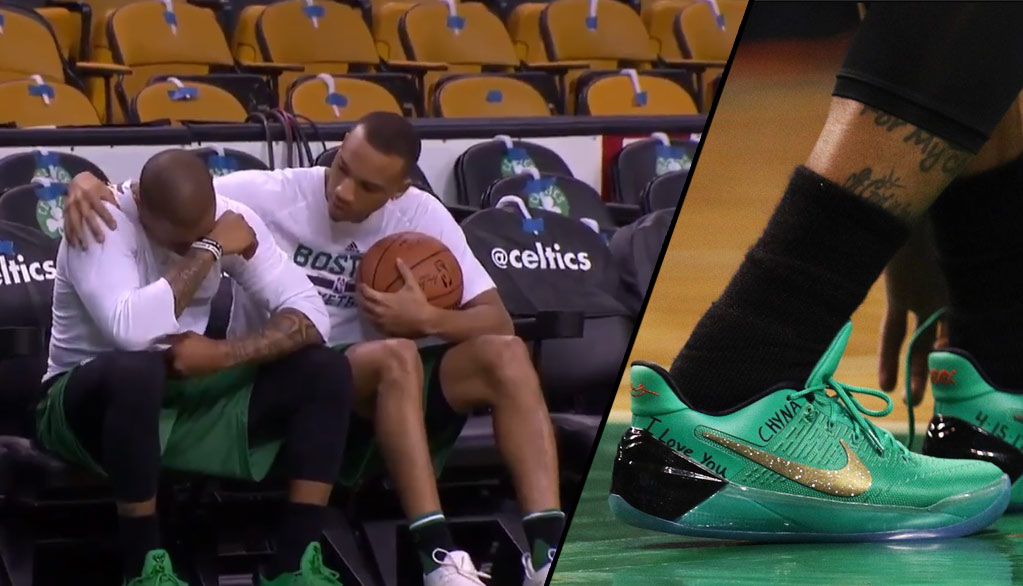 24 hours after hearing his 22-year old sister, Chyna, was killed in a car accident, Isaiah Thomas was in uniform, wearing shoes marked with “Chyna” and ...(Read more)

24 hours after hearing his 22-year old sister, Chyna, was killed in a car accident, Isaiah Thomas was in uniform, wearing shoes marked with “Chyna” and “RIP Lil Sis, and doing his best to hold it together during a pregame moment of silence. The tears continued to roll down his face as he was introduced and took the floor for the first playoff game of the best season of his career. With the crowd chanting MVP in support, Thomas scored a game-high 33 points on 10 for 18 shooting, dished out 6 assists, grabbed 5 boards and made clutch shot after shot in the final minutes of the fourth quarter. Unfortunately, Mr 4th Quarter’s heroic performance wasn’t enough and we didn’t get the ending I believe even some Bulls fans secretly wanted to see.

“He was incredible,” Celtics coach Brad Stevens said after the four-point loss. “He’s an amazing, amazing player. Amazing person. Days won’t get easier for him, but he somehow plays like that.”

The somehow is because of what type of person he is. A person who overcame his height and went from the last pick in a NBA draft to a MVP candidate. A person who despite the basketball accolades and praise, once said, “If all I’m remembered for is being a good basketball player, then I’ve done a bad job with the rest of my life.”

“Isaiah is a great teammate. He’s a great husband. He’s a great father. He’s a great son and brother.” Said Stevens. “Ultimately, we just all tried to do our part and let him know we were thinking about him. Anything we could all do to help, we do. This particular situation with his family takes precedent [over] everything else going on. And we’re here for him.”