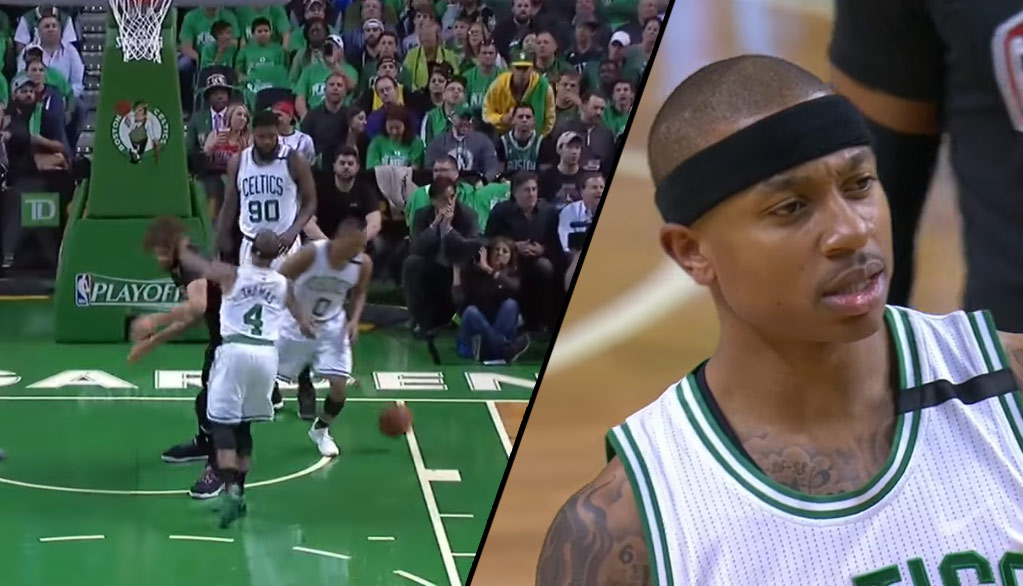 The refs have been a little tech happy in the playoffs and Isaiah Thomas’ tech in Game 1 was BS and pretty cold-hearted considering the circumstances ...(Read more)

The refs have been a little tech happy in the playoffs and Isaiah Thomas’ tech in Game 1 was BS and pretty cold-hearted considering the circumstances and overwhelming emotions Thomas and the entire arena was going through. Thankfully, the league did the right thing and rescinded the tech.

Within the first two minutes of Game 2, Thomas picked up another a tech, this time for shoving Robin Lopez. While it does sound like BS to call a tech on a 5’9 point guard for shoving a 7’0 center and it still sounds messed up to give Thomas a tech, if that guard was any other player in the league, most people probably wouldn’t have an issue with the tech. So don’t expect the league to rescind this one.

Thomas scored seven of his team-high 20 points in that first quarter but his team was outscored 31-26 and never were able to catch up. Thomas is heading home to Tacoma for the funeral of his sister and is expected to return for Game 3 and battle back from a 0-2 deficit.