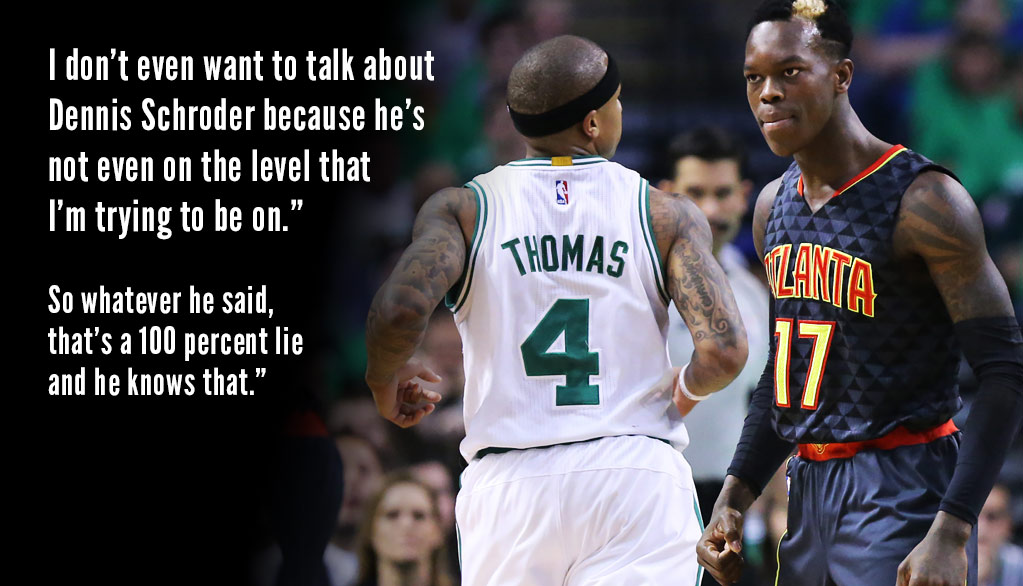 Before we get into the he said, she said stuff, look at what Isaiah Thomas has done in the past two weeks. The man is playing as ...(Read more) 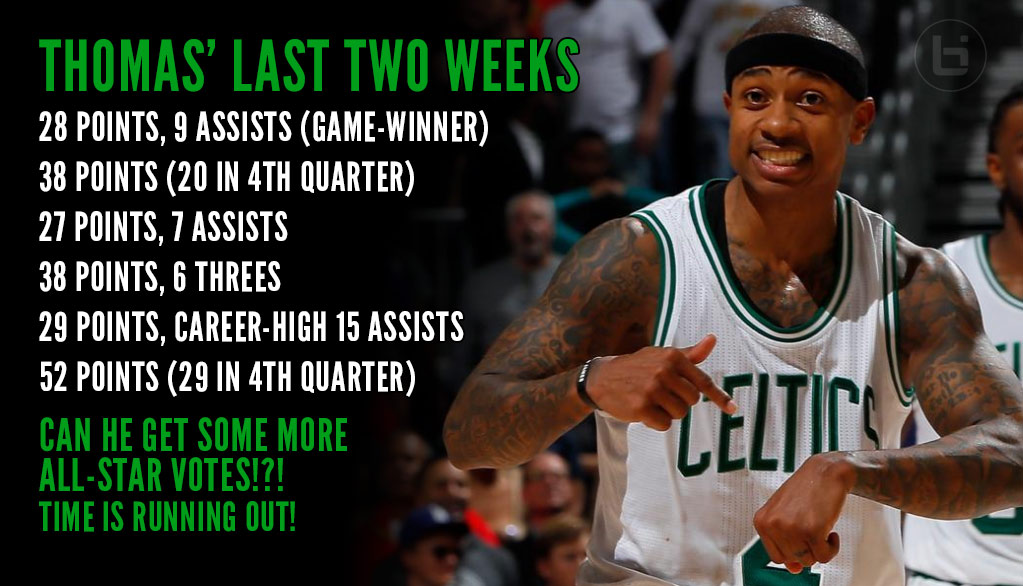 Before we get into the he said, she said stuff, look at what Isaiah Thomas has done in the past two weeks. The man is playing as if Santa gave him the skills of a GOAT or his new years’s resolution was to play like a GOAT.

Now let’s get into the beef labeled “The GOAT vs the Skunk.” The drama started back in the 2016 playoffs, when Thomas and Dennis Schroder exchanged elbows, techs, pushes and a flagrant against each other. It ended with the Hawks winning the series and Thomas telling Schroder to meet me after class as as the rest of players shook hands.

On Friday, the two met again, Schroder finished with four points on 2 for 11 shooting and Thomas finished the game with 28 points, 9 assists and a game-winner. After the game, Schroder accused Thomas of not only talking a lot of trash on the court, but to the crowd and even his mom.

“I’m playing basketball,” Schroder said to The Atlanta Journal-Constitution. “If he think that he got to curse at my mom or say some dumb stuff about my family, that has nothing to do with basketball. That’s his choice. I’ve got too much class for that. Next one, we are going to get it.”

When Thomas read about Schroder’s comments on social media, he replied to the AJC reporter saying, “One thing is certain I would never disrespect/talk trash about anyones family/mom. That type of trash talk is not my style & never has been. Flat out NEVER happened.”

On Sunday, Thomas addressed the comments with the media.

“But I don’t bring parents in it. I don’t bring family. I don’t even know his mom to curse at her like he said I did or whatever he’s lying about. From this point on, I don’t even want to talk about Dennis Schroder because he’s not even on the level that I’m trying to be on. I’m not even focused on him anymore.”

“It’s disrespectful to my character because I don’t ever go there and my mom called me that night, too, and mad,” he said. “She knows I don’t go there. Like I said, when it comes to basketball, it’s strictly basketball. It’s not about anybody’s family or anybody’s parents. I wouldn’t want them to do that to mine.”

Schroder was also asked about the comments on Sunday and he told the AJC reporter, “It’s over now. If he’s got to talk about the shit, I’m not with that.”  Then later on that day retweeted a fan tweet saying, “@Isaiah_Thomas must have forgotten how @DennisMike93 eliminated him from the #nba #Playoffs last season. (And will do so again this year).”