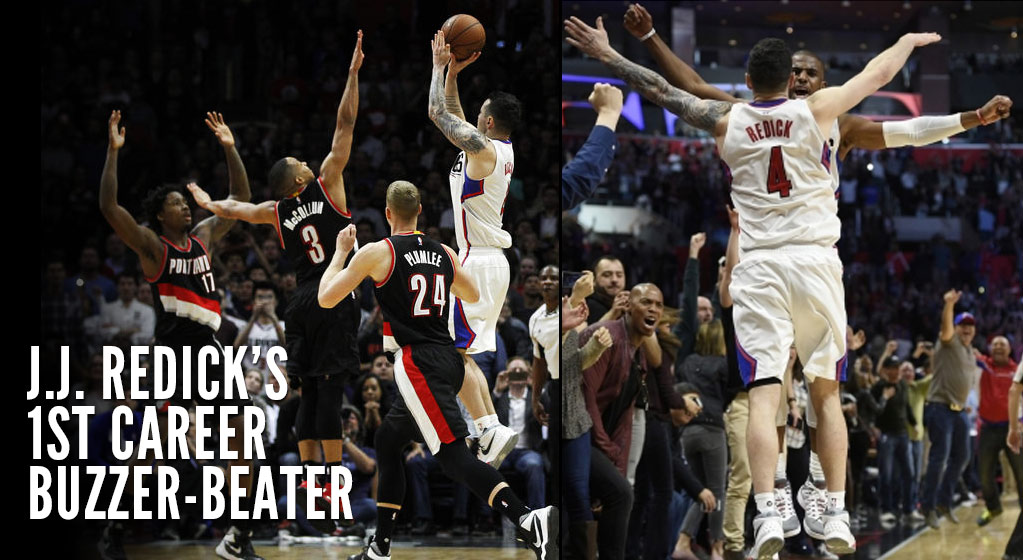 With 1.1 seconds left in regulation and a 6’10 Mason Plumlee jumping up and down in front of him, Chris Paul somehow was able to see ...(Read more)

With 1.1 seconds left in regulation and a 6’10 Mason Plumlee jumping up and down in front of him, Chris Paul somehow was able to see or sense where J.J. Redick was, threw an inbound pass between Plumlee’s legs, right into the hands of Redick for his first career game-winning buzzer-beater.

“Obviously I had to get open and D.J. had to screen,” said Redick, “but there was a moment when I could have gone over the screen, and at the last second I went under, and D.J. changed the angle. I was worried Chris was going to throw it like I was going over the top.

“I probably shouldn’t have worried. He doesn’t panic. He made a hell of a pass.”

It was Paul’s 7th assist of the game and Redick’s 11th point.

The Clippers also got 25 points – including 2 3-pointers in the final minute – from one of the most clutch players ever, Jamal Crawford.

Although this was Redick’s 1st career buzzer-beater, he’s been clutch all season. In 67 games, Redick is 6 for 8 on shots in the final minute. The shot was also his 26th career made field goal in the final minute of regulation or OT.