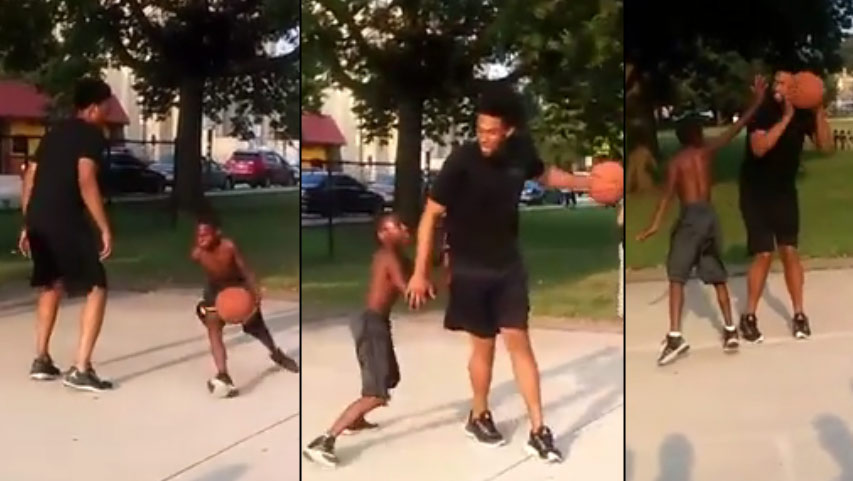 Jabari Paker recently stopped by Jesse Owens Park – a local court in Chicago – to shoot some hoops with some lucky youngsters. Thankfully Facebook user RichBoyy EJ was there to record (sort of – stop recording vertically!) the action, provide some hilarious commentary (“This is Jabari Parker Bro. This is motherf***ing Jabari Parker”) and post it to his “book” with the hashtag #Ballislife (thanks – we forgive you for recording vertically) for the world to share.

Probably the most hilarious moment of the video came when the cameraman with a high pitch “Goddang” says “We all finna get a one-on-one with him” and as most of the kids scream “yeah,” one kid says “I ain’t doing $#it.”

The cameraman also got a little frustrated with Parker for not dunking during his one-on-one match even though he initially told him not to break the rims.

“Dunk it Man! Everybody got their phone out.”

Parker did eventually dunk it at the end of the video but it was a little tough to see and I wont bring up why. But I will say regardless of what we could or could not see, it was great to see Parker interacting with the Chicago kids and we can’t wait to see Parker have a great bounce back season after having his rookie of the year campaign cut short by a torn ACL.