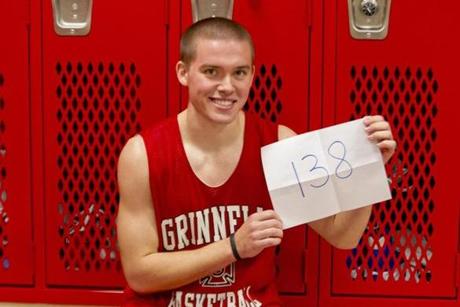 You have probably never heard of Grinnell college or Jack Taylor. And you probably assumed you would never hear about a player scoring 100 points in ...(Read more)

You have probably never heard of Grinnell college or Jack Taylor. And you probably assumed you would never hear about a player scoring 100 points in a single game (high school, college, NBA, Rucker Park, NBA2k, whatever) again. But that’s what Grinnell’s Jack Taylor did (along with 38 additional points) on November 2oth of 2013!

More ridiculous than the fact that he scored more points than just about every basketball team did in a game this week, is the fact that he took 108 field goal attempts and 71 of those were three-pointers! Yes, you read that correctly. One person attempted 108 shots and 71 of those were threes. I forget to mention he also made seven free throws, so he ONLY scored 131 of those points off field goals. 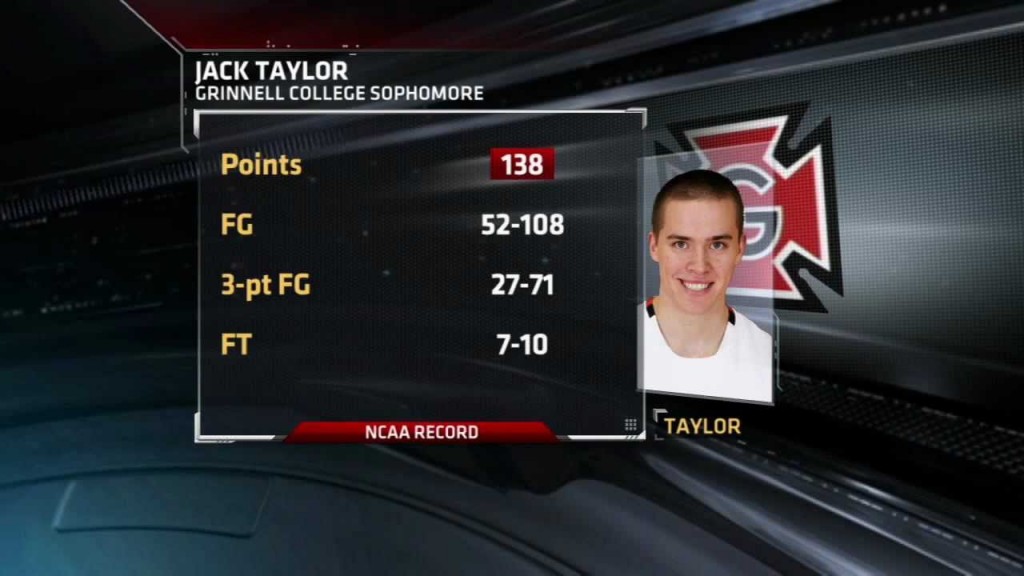 The rest of his team scored 41 of the total 179 points against (defensive powerhouse) Faith Baptist Bible. And none of his teammates attempted over six shots.

There’s not a whole lot more that can be said about this mind-boggling game so let’s hear what some NBA players had to say about this game that probably has Wilt Chamberlain rolling around in his grave.

“Jack Taylor you deserve a shot of Jack Daniels after that performance lol…wow.” – Kevin Durant

“I never heard of nothing like that. That’s like a video game. How can you shoot 100 times, though?” – Carmelo Anthony

“Did I see that right?! @SportsCenter Jack Taylor from Grinnel 138 points!!! Are you serious! Dickie V voice!!! #impressive” – Al Horford

“If I was the other team I would of Steph curryed him and put two people on him.” – Jared Sullinger

Bryant: “Really? Wow. That’s impressive. That’s crazy. I don’t care what level you’re at. Scoring 138 points is pretty insane. How many 3s did he shoot?”

Bryant: “Holy sh–. How many points did they score as a team?”

Reporter: No other starter had double figures.

Reporter: Dude on the other team scored 71 points and lost.

Bryant: “That’s amazing. He must have been wearing the Mambas, man. Only Mambas have no conscience to shoot the ball like that.”