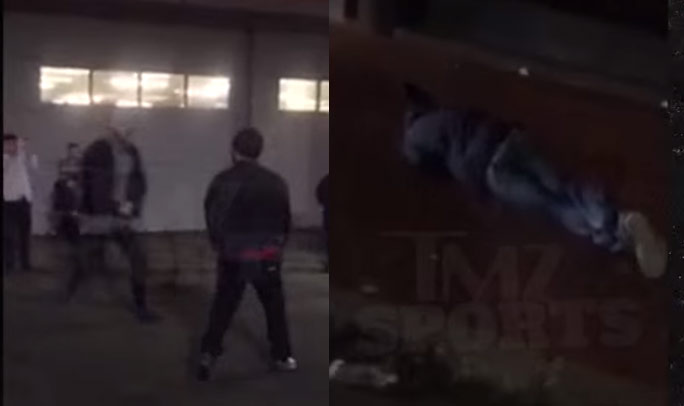 Last Friday, TMZ released a video of 76ers rookie Jahlil Okafor getting into street fight in Boston after a game against the Celtics. This morning, TMZ ...(Read more)

Last Friday, TMZ released a video of 76ers rookie Jahlil Okafor getting into street fight in Boston after a game against the Celtics. This morning, TMZ released another video of Jahlil in ANOTHER fight from the same night.  This one is much more serious as it ends with one of the hecklers getting knocked out and lying on the street.

According to TMZ this fight took place after the previously released video, the Boston PD is investigating the incident and charges are likely to be filed. TMZ also reported that the knocked out man has “experienced pain and embarrassment as a result of the fight.”

He’s also pissed over allegations he heckled Jahlil about the 76ers before the fight — claiming it’s simply not true. He says the whole thing started when Okafor was rejected by women in the victim’s crew.

During Kobe’s final homecoming game on Tuesday night, Bryant tracked down Jahlil and talked to him about staying focused and out of trouble off the court.

“I talked to him a little bit on the court, briefly in the weight room and a little bit after the game,” Bryant said. “I wish him all the best. It’s important for him to stay focused and to continue to work on his game, and he’ll be just fine.”

Bryant also commented on how easy it is for off the court mistakes to become news nowadays.

“Everybody has a camera with a camera phone,” he said. “You pick up on mistakes a lot more now than you would in the past. Not to say some of the heroes that have played here before haven’t made those same mistakes, but it’s just now the content gets captured so quickly.” 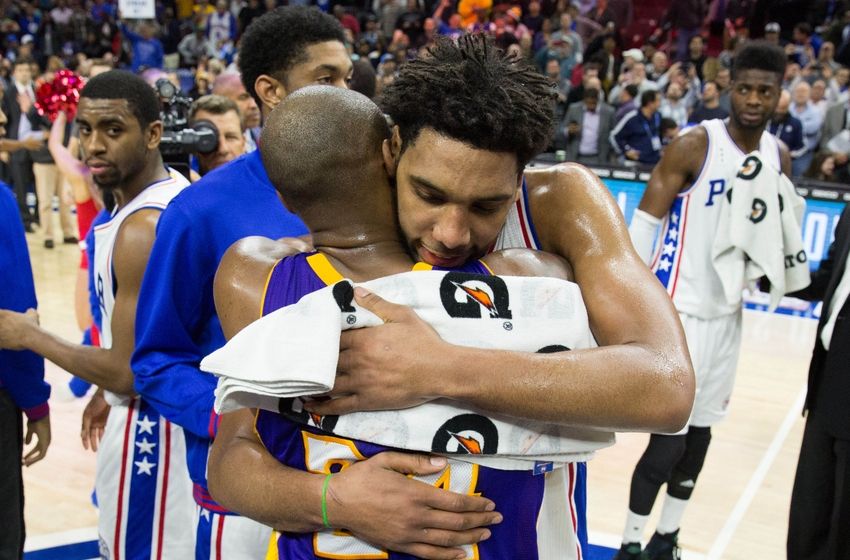