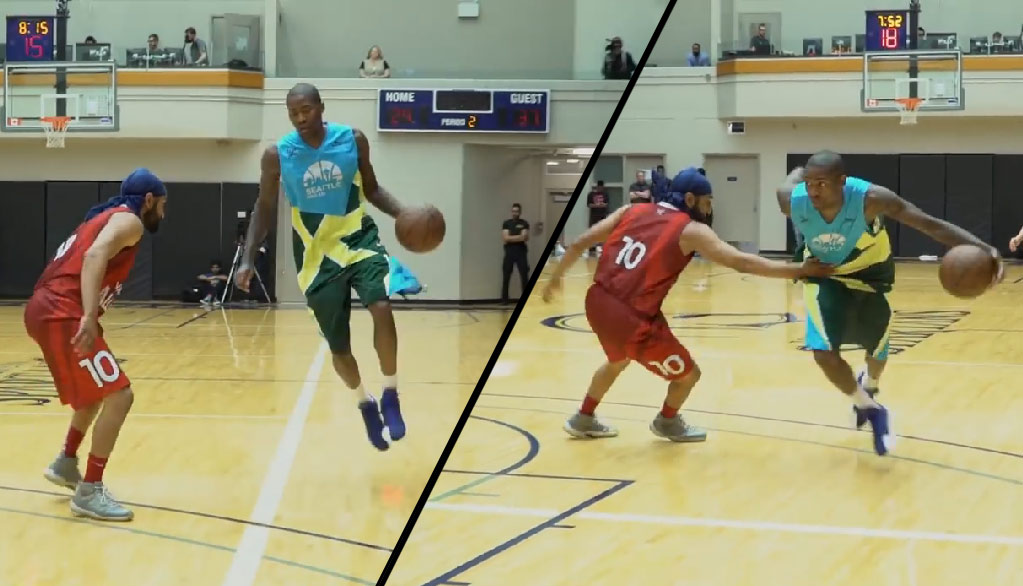 The last time basketball fans in Vancouver got to see Jamal Crawford play, he was a headband-wearing rookie for the Chicago Bulls, Seattle still had the Supersonics ...(Read more)

The last time basketball fans in Vancouver got to see Jamal Crawford play, he was a headband-wearing rookie for the Chicago Bulls, Seattle still had the Supersonics and Vancouver had the Grizzlies. Good times! Yeah, the Grizzlies probably would have been better off passing on drafting Big Country Reeves and Stromile Swift and not trading Pau Gasol for Shareef Abdur-Rahim, but they had a NBA team, which meant basketball fans would have the opportunity to watch NBA All-Stars and young exciting players like Jamal Crawford come to their city and put on a show.

This past weekend, basketball fans at the Langley Events Centre in Vancouver were treated to a special event when Crawford and the Seattle Pro-Am visited the Canadian Pro-Am to take on the Vancouver All-Stars. And unlike Crawford’s rookie games against the Grizzlies (2 combined points), he was on fire and finished with 31 points, 5 assists and a couple of minutes of highlights.

BONUS: SONICS VS GRIZZLIES IN 2000