When are these Spurs going to realize Jamal Crawford is a happily married man and the only ring he’s interested in is a championship one?

During the 2nd quarter of the Clippers victory over the Spurs, Jamal Crawford almost had Jonathon Simmons getting down on one knee after Crawford hit him with a crossover move. The move probably gave Patty Mills, who was sitting on the bench, some flashback from 2015, when he tried to propose to Crawford in the middle of a game. 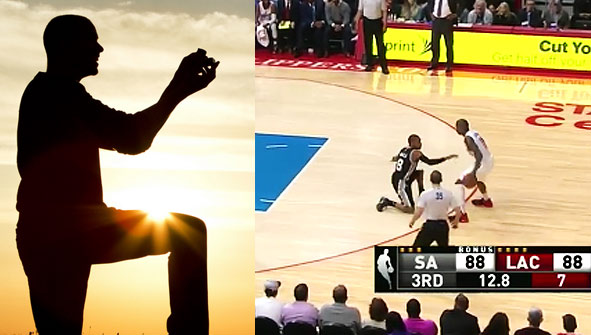 Simmons did get a little personal revenge in the 3rd quarter with this chasedown block on Crawford.