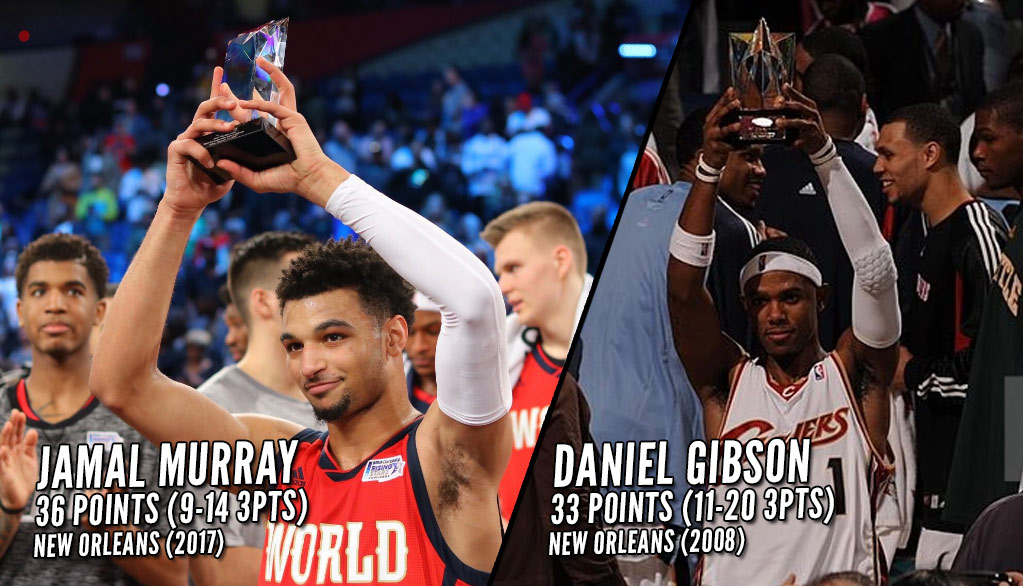 Nuggets rookie Jamal Murray had a rough NBA start, missing all 16 shots in his first four professional games. But it wasn’t long until he started ...(Read more)

Nuggets rookie Jamal Murray had a rough NBA start, missing all 16 shots in his first four professional games. But it wasn’t long until he started showing signs of what he can do, like 16 points in a 4th quarter or 24 points in 22 minutes, and showing why he feels he’s one of the best scorers in the league.

On Friday in the Rising Stars game, he was awarded the MVP after exploding for 36 points with 9 3-pointers and dishing out 11 assists. Not that defense is played in these type of games but it was one of the most impressive performances in the history of the event (which has gone through many phases).

“I was just shooting like I normally shoot,” Murray said, per NBA.com. “I wasn’t trying to think about MVP or how many points I had; I was just playing. … I wasn’t second-guessing. I was just taking heat checks.”

In case you were wonder, the 9 3s wasn’t an event record. That record belongs to former NBA player Daniel Gibson, who knocked down 11 of 20 3s nine year earlier, also in New Orleans.