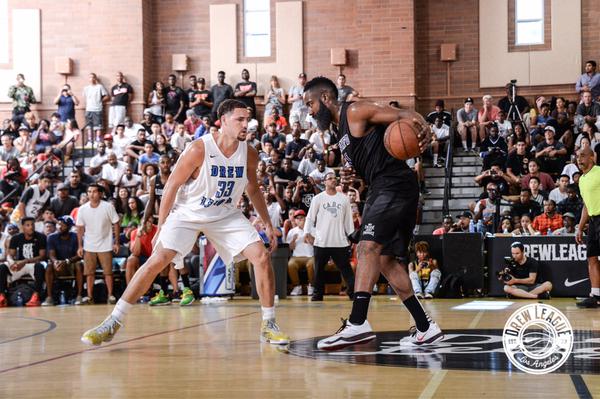 James Harden vs Klay Thompson In the Drew League Playoffs

2 of the league’s best shooting guards stopped by the Drew League on a star studded Saturday for the 1st round of the playoffs.  Klay Thompson was representing the #7 seed C.A.B.C. team while Drew legend James Harden was playing for #2 ranked Team LAUNFD which also had former Rocket Cuttino Mobley.

Team LAUNFD came away with a 78-71 win and will take on Team Juglife on Sunday.