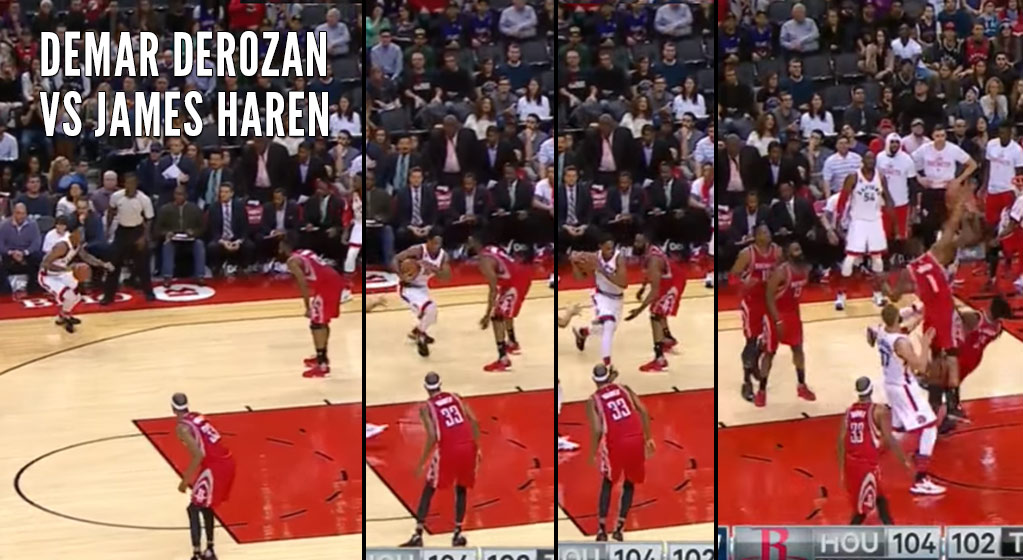 With a little less than 3 minutes left in the Rockets win over the Raptors on Sunday, “Harden Haters” had some fun pointing out The Beard’s ...(Read more)

James Harden Was Once Again Great On Offense & Horrible on Defense

With a little less than 3 minutes left in the Rockets win over the Raptors on Sunday, “Harden Haters” had some fun pointing out The Beard’s zero-effort attempt to stop his Drew League nemesis DeMar DeRozan on a drive. No surprise!

Patrick Beverley tried to step up and take a charge but was whistled for a foul. DeRozan made both of the free throws to tie the game up, then Harden responded seconds later with a 3-pointer and a pair of free throws of his own. Also, no surprise!

Harden finished the game with a game-high 40 points and 14 assists. This is the 4th time he’s pulled off an impressive 40+ points/10+ assists this season; the 4 ties the rest of the league combined.