JaMychal Green has quietly been putting up some nice numbers in limited minutes for the Grizzlies.  During Tuesday’s win against the Kings, Green had 12 points and 12 rebounds in just 20 minutes and made some noise when he got a tech for pulling himself up on the rim after a rebound dunk.

He tried to plead his case with a ref but it was a pretty easy call. 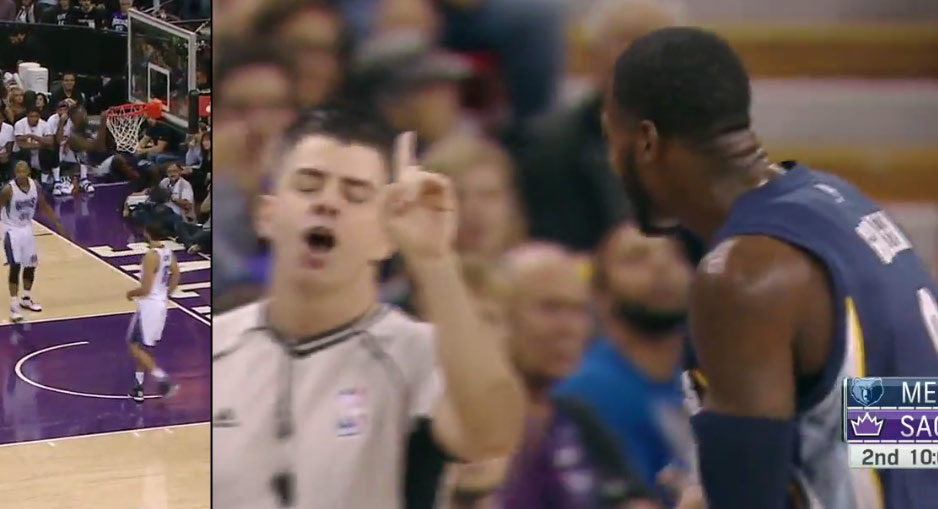 Refs used to let him get away with the rim hanging in the D-League.