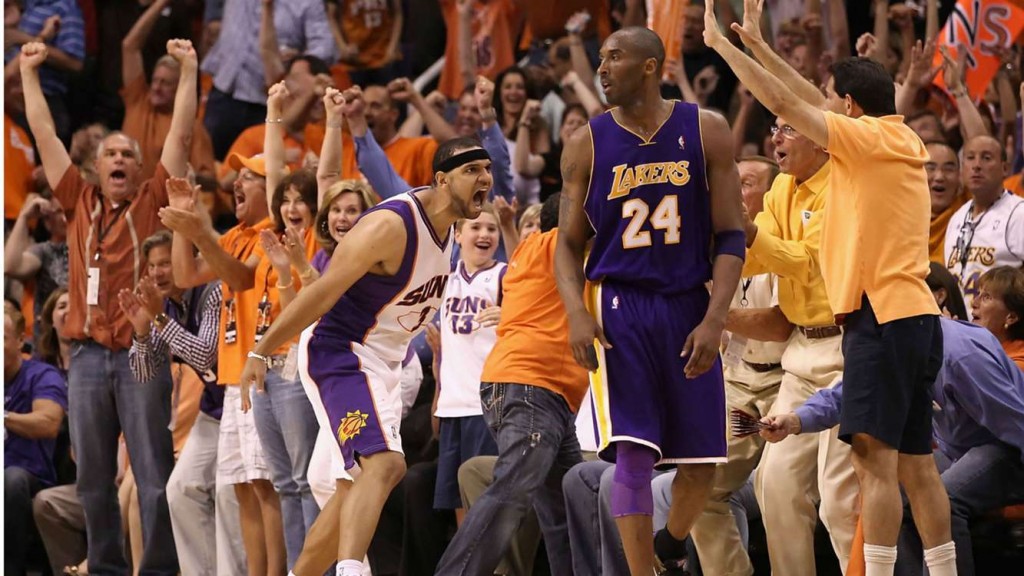 After a few hours of being bombarded with messages and tweets from pissed off Kobe Bryant and Carmelo Anthony fans, restricted free agent Jared Dudley apologized ...(Read more)

After a few hours of being bombarded with messages and tweets from pissed off Kobe Bryant and Carmelo Anthony fans, restricted free agent Jared Dudley apologized for comments he made about Kobe and Melo while a guest on ‘The Herd With Colin Cowherd’ show on Wednesday.

Here’s what he initially had to say about Kobe who he believes “stars” don’t want to play with.

Kobe, he wants to show everyone so much. I mean, I remember seeing Kobe, I think it was like 70 games in, he had outshot the whole Lakers team by like 100 shots. Come on now, Kobe. We love you, Kobe, but come on. It’s like, it’s now time to start giving it up. I think most guys don’t want to play with him.

Remember, you know, Kobe gets in this thing where he doesn’t pass and then he overpasses and he’s trying to get triple-doubles every night. So we know you have it. It’s just not something he wants to do. And that’s why I think that it will be a while for the Lakers to get good. ‘Cause no stars I mean [Kevin] Love, I’ll be surprised — even when people say Love, I’d be surprised if Love wanted to go there.

And here’s his answer when asked who was the most overrated player in the league.

Most overrated, I would say Carmelo. Carmelo. I would say Carmelo. The reason why I say Carmelo is because Carmelo is viewed as a top-five player. He’s viewed in the NBA as top-five … Carmelo, he has the talent to be able to facilitate. The triangle should fit him, where he’s gotta make guys better. And defensively he’s gotta take another step, take the next level up. But you know, Carmelo, until, you gotta get out, he’s gotta get out of the first, second round. He’s gotta get his team to the playoffs. LeBron, with that roster, as bad as it is, LeBron would have got ‘em to the playoffs. They would’ve been at least the eighth seed. And he’s not LeBron, he doesn’t have to be.

Later that day he went on the ‘Hahn & Humpty Show’ and said this about his Melo comments.

I shouldn’t have said that, that was my fault for saying that because it’s not the truth. I apologize for saying that about Carmelo. You get kind of frustrated at times seeing because of him having to make his other guys better and defensively certain things, but for me to say he’s the most overrated, that was wrong for me to say.