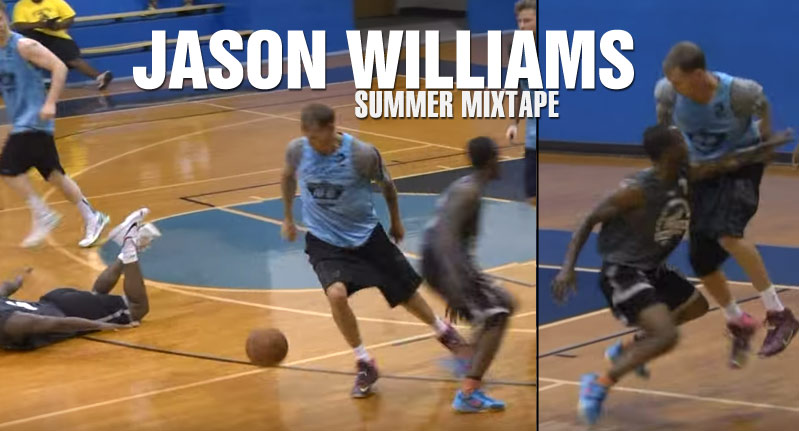 So how exciting is a near 40 year old Jason Williams?  So exciting that when I recently took a family vacation from Houston to Florida and ...(Read more)

So how exciting is a near 40 year old Jason Williams?  So exciting that when I recently took a family vacation from Houston to Florida and my kids asked about going to Disney World, I actually thought about asking my wife to take the kids to Disney while I check out the Orlando Pro-Am to see Jason in person.

William is one of the few players I loved watching that I never had a chance to see in person and from the looks of these mixes that Home Team Hoops keeps pumping out, it looks like I’ll have just as much enjoyment watching him now as I would have when I was recording him on VHS tapes.  He’s still crossing defenders, he’s still throwing behind the back passes from half-court, he’s still making bounce pass alley-oops, he’s still making defenders look as silly as he did Gary Payton during his rookie season.

A rookie season that was 16 years ago.