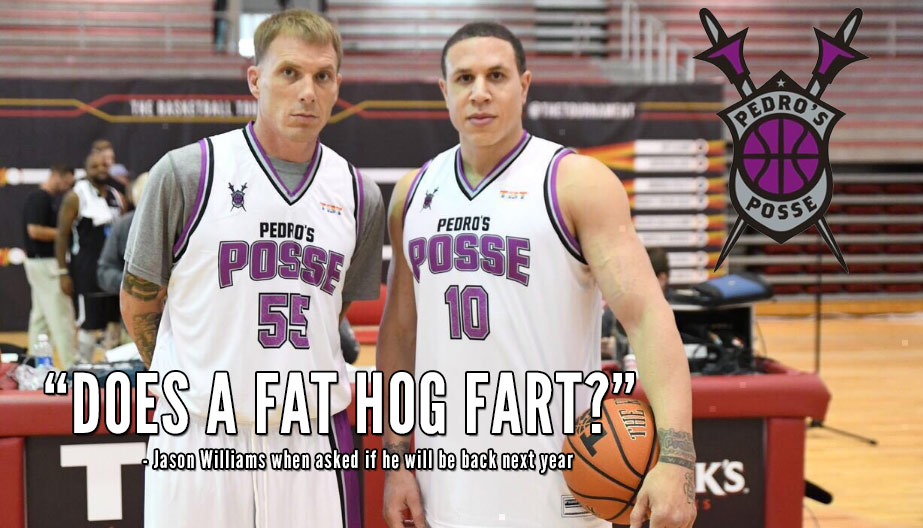 It was fun while it lasted. The run by former Kings Jason Williams and Mike Bibby on the Pedro’s Posse team ended this weekend when the ...(Read more)

It was fun while it lasted. The run by former Kings Jason Williams and Mike Bibby on the Pedro’s Posse team ended this weekend when the underdog Always a Brave team caught fire in the 2nd half (70%)  and pulled off a 92-65 victory in the $2 million Basketball Tournament.

“I mean I would rather just win the tournament than get the $2 million,” said a disappointed Williams after the loss. “I’m playing for the win. The $2 million is just coming along with it.”

Williams, who was just 3 of 10 from the field and finished with 10 points and 3 assists, also had a great answer when he was asked if he will be returning next year.

Hopefully Bibby (2 points, 1-3 shooting) will also be back and they will be able to convince former Sacramento teammate Chris Webber to join them.

Marcellus Sommerville of the Braves scored a game high 28 in the win vs the Posse and 25 in their following victory against the Golden Eagles Alumni. They are now being labeled the Cinderella team as they advance to the semifinals.

Source: Did you see that