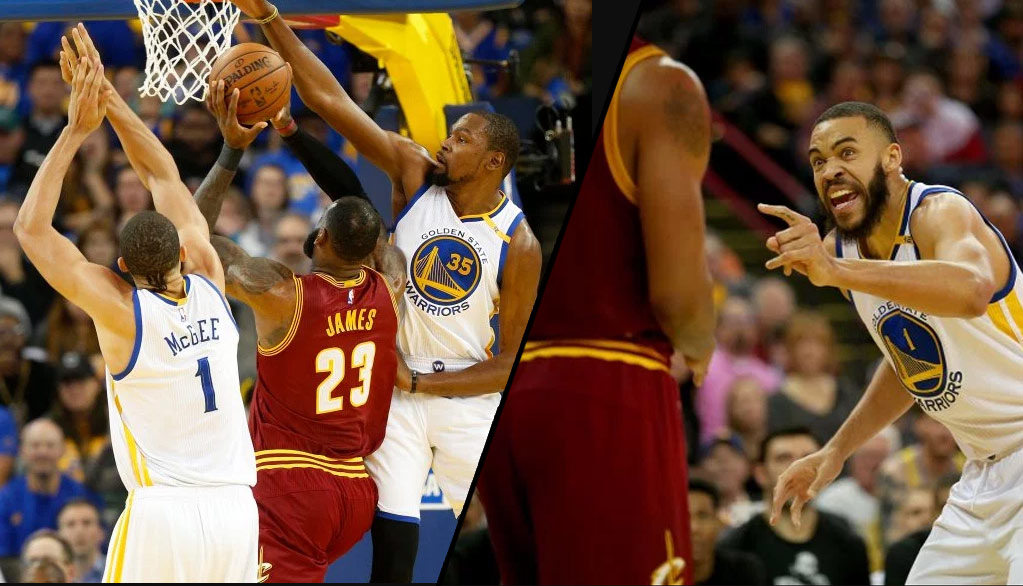 We’re baaaack! The King of Akron (and Oakland) and the rest of the Cavs landed in Oakland and the Golden State fanatics, bandwagoners and LeBron haters ...(Read more)

The King of Akron (and Oakland) and the rest of the Cavs landed in Oakland and the Golden State fanatics, bandwagoners and LeBron haters were waiting and ready to talk trash and chant “Warriors” like David Patrick Kelly (Luther in the movie ‘The Warriors’). According to Jefferson, even the “baggage dude was running his mouth.”

Speaking of running of the mouth, on Tuesday’s episode of ‘The Basketball Analogy‘ podcast, ESPN’s Dave McMenamin had the following to say after Brian Windhorst talked about JaVale McGee being a possible problem for the Cavs.

“I had a Cavs player disagree with your opinion of McGee, Brian. He postulated to me that he doesn’t even think McGee’s gonna be able to get on the court or certainly not stay on the court because he doesn’t think he’s quote, unquote ‘smart enough’ to be able to play in this series.”

I wonder who that unnamed player on the Cavs roster could be? I have no idea if I’m right or not but I would bet on the always quotable veteran who also has his own podcast and loves to roast players on his snapchat account. Or maybe it was his podcast co-host. Who knows! What I do know is JaVale has been a pleasant surprise all season and I’m going to lean closer to Windhorst’s thoughts on the man we will never see on Shaqtin’ a Fool again no matter what stupid thing he does.

Here’s the Shaqtin’ legend talking about the NBA Finals and highlights from his impressive Game 3 performance against the Spurs last week.