(UPDATE: 3 copies of the video above have been removed from YouTube)

After the overblown Shaq vs JaVale war ended with their Moms getting involved, Shaq said he would never say JaVale McGee’s name again. This statement, along with the fact that the Warriors organization contacted Turner Networks to talk (probably threaten) them about their “bullying” of JaVale, left many hoop fans with a sense a humor wondering if JaVale’s future oops will be given a hall pass and not featured on Shaqtin’ a Fool.  Well, on Friday night, the 7’0 JaVale missed a fairly wide-open dunk during the 2nd half of the Warriors’ loss to the Wolves. The dunk fail wasn’t that funny but I’ve seen less funny things appear on the show.

Here’s a list of WORST dunks from a past Shaqtin’ awards show. If those dunk fails were good enough to be nominated in an award show then I would say JaVale’s dunk is worthy of a regular season appearance.  But, we all know it won’t be.

This is what Shaq had to say about the question. 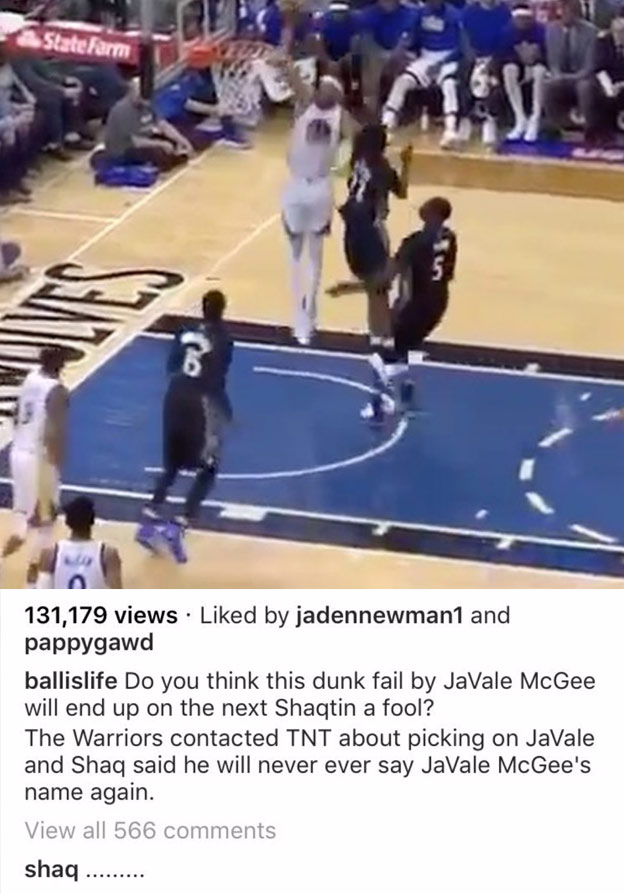