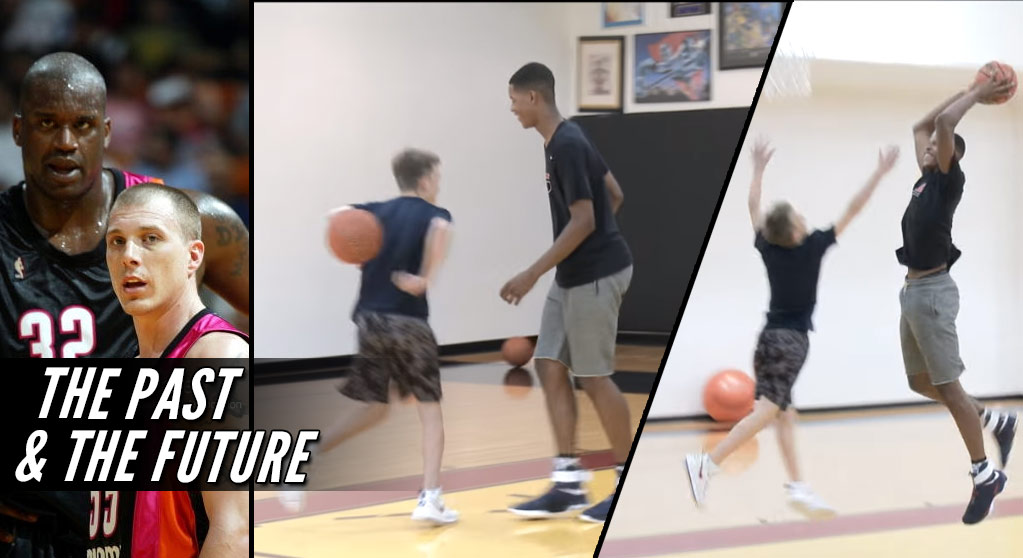 Damn this video makes me feel old! I remember over a decade ago, watching little Shareef and Shaqir O’Neal trying to shoot hoops at their Dad’s indoor ...(Read more)

Jaxon Williams Does His Dad’s Elbow Pass Against Shareef O’Neal!

I remember over a decade ago, watching little Shareef and Shaqir O’Neal trying to shoot hoops at their Dad’s indoor basketball gym aka The Shaq Center (which has one of my favorite pics of Shaq and Hakeem on the walls) in Orlando, Florida on an episode of MTV Cribs. Now I’m watching Shareef throw down dunks and Shaqir make Hakeem-like moves on that same court in a Home Team Hoops’ video.

I also have many fond memories of watching Jason “White Chocolate” Williams entering the NBA, making unbelievable passes — like his elbow pass in the Rookie/Sophomore game — and winning a championship a decade ago with teammate Shaq in Miami, Florida. Now I’m watching his son, Jaxon, make the same elbow-pass against Shareef.

The like father/like son video also contains class of 2018 point guard Ronaldo Segu and small forward Nassir Little; Both have offers from FSU – a school I attended two decades ago!