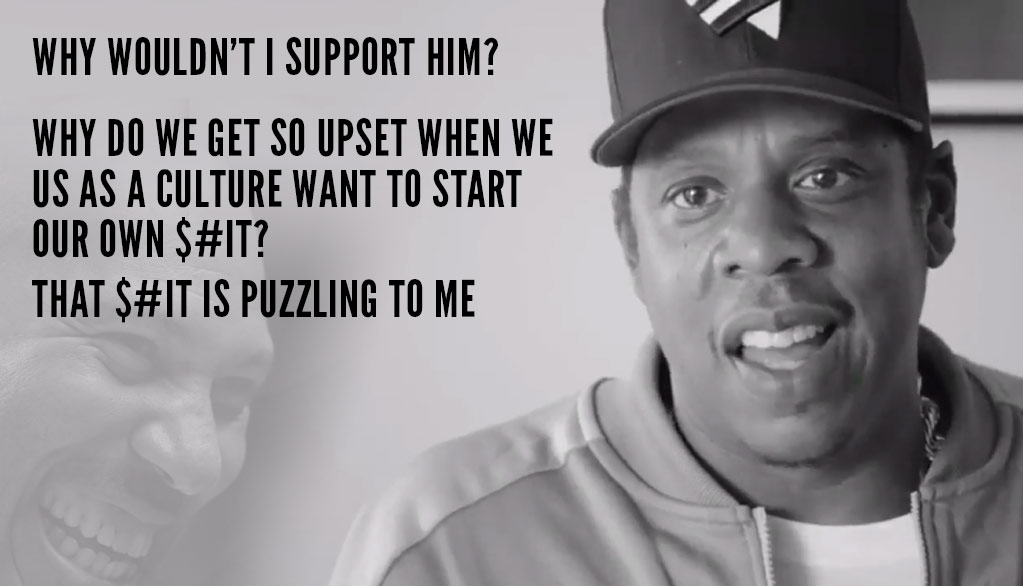 One of my favorite lines from Jay-Z came on the remix of Kanye West’s ‘Diamonds from Sierra Leone,’ when he said: I’m not a businessman; I’m ...(Read more) One of my favorite lines from Jay-Z came on the remix of Kanye West’s ‘Diamonds from Sierra Leone,’ when he said:

Being the media mogul and entrepreneur he is, it’s no surprise the author of those lyrics and the classic ‘Can’t knock the hustle’ would respect the hustle of LaVar Ball and his Big Baller Brand business.

“LaVar Ball said, ‘I’m going to start my own company.’ Everybody’s like, ‘You should sign to Nike.’ He may go about things wrong, he may have a big mouth. But I bought three pairs. I didn’t get them, you know what i’m saying. But, that man has a vision of his own. Why wouldn’t I support him? Why wouldn’t I support him? He feels like he can move culture and his son got a big enough name and a big enough brand, that they can do it.

Nike had to start somewhere. Why do we get so upset when we, us as a culture want to start our own shit? That shit is puzzling to me. I sit back like, and I’m like, ‘This makes no sense.’ Like, why can’t he start a sneaker? ‘You’re dumb, your sneakers are terrible.’ They wasn’t any more terrible than, I’m not being negative on anyone. I’ve seen some bad sneakers from Under Armour, I’ve seen some bad Michael Jordan sneakers. Horrible.”

If you are wondering why he didn’t get the shoes, it’s because they aren’t shipping out until November; I don’t want people thinking BBB is just taking money and not giving out the shoes, which I still consider memorabilia more than athletic wear.