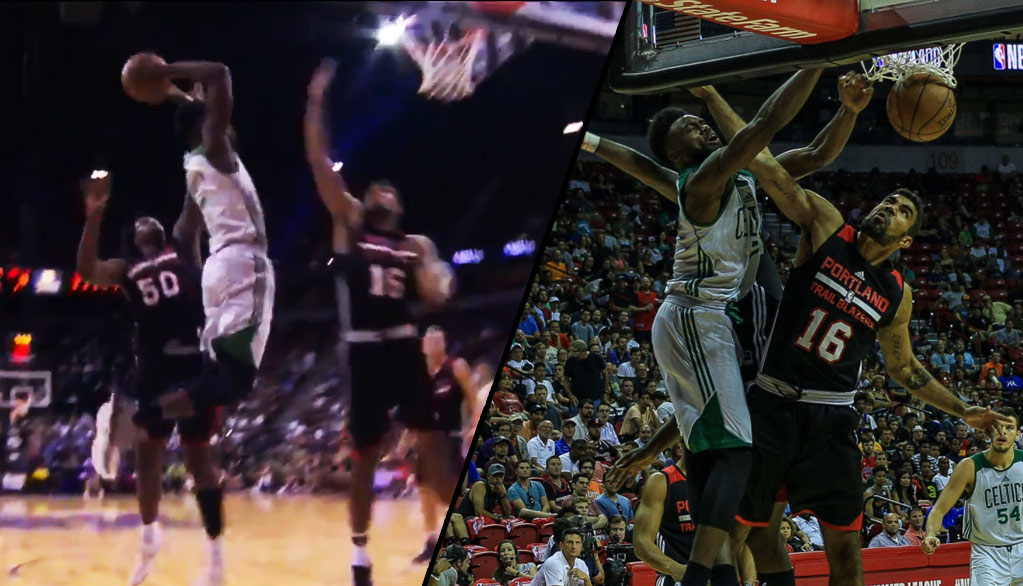 What happens in Vegas doesn’t always stay in Vegas! Which means Jaylen Brown will probably be arrested for the murder of Josh Scott tonight. I’m still ...(Read more)

What happens in Vegas doesn’t always stay in Vegas! Which means Jaylen Brown will probably be arrested for the murder of Josh Scott tonight.

I’m still mad at Jaylen Brown for turning down the dunk contest last year but hopefully Boston’s best poster maker will accept the invite this upcoming season. A season that I’m expecting to see some nice numbers from Brown and a lot more RIP worthy dunks like the one on Portland’s Josh Scott.

The game is still in progress so I’m not going to bother posting any stats. Instead, I’ll show you a couple photos of the murder worthy of being on a door poster in your bedroom.

Just received these classified images from a source in the DA's office from Jaylen Brown's upcoming murder trial. Please do not share. pic.twitter.com/4EQl9mj4sF

And some past posters.