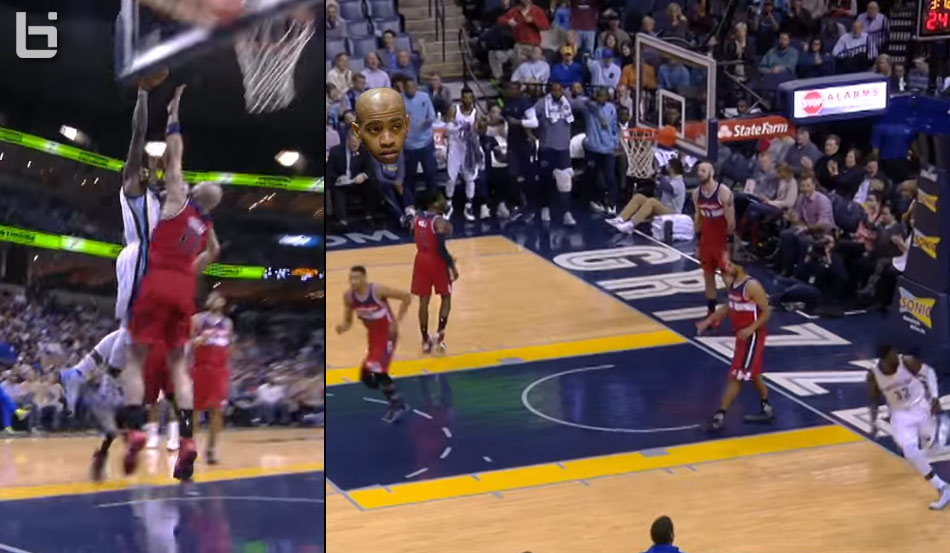 During the first quarter of Grizzlies game against the Wizards on Monday, Uncle Jeff Green made his teammates on the bench jump out of their seats ...(Read more)

During the first quarter of Grizzlies game against the Wizards on Monday, Uncle Jeff Green made his teammates on the bench jump out of their seats when he put Marcin Gortat on a poster.  Well, most of his teammates. Vince Carter, a man known for making a few posters during his career, stayed seated.

To be honest, I didn’t have much of a reaction to the dunk either. My initial reaction was, how did Jeff stay in the air so long considering he barely got off the ground? If you watch it again, you will notice he barely jumped and then glided at that height for a second before dunking it on the Polish Hammer.

I’m assuming Vince felt the same way. Then again, he did get a DNP so he never actually got up from his seat during the game.

Whatever, let’s get to the throwback dunks by VC against the Wizards, starting with this trio of dunks from just a few years ago.

Going back 6 years more with another trio of dunks.

A finally a real young Vince with a double pump reverse dunk against the Wizards.