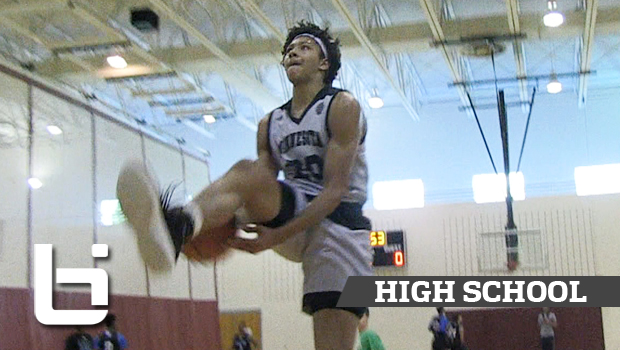 Despite being 6’9, Jericho Sims played most of his career under the radar. At Cristo Rey Jesuit HS (Minneapolis, MN), Sims plays for a small program ...(Read more)

Despite being 6’9, Jericho Sims played most of his career under the radar.
Click here to Read More

At Cristo Rey Jesuit HS (Minneapolis, MN), Sims plays for a small program (approx 300 students, grades 9-12), which initially made it difficult to get noticed. He wasn’t ranked and didn’t have lots of high-major college attention.
After a breakout summer on the Adidas circuit with D1 Minnesota, Sims saw his recruiting skyrocket. Sims’ high ceiling became evident to high major coaches as his raw athleticism and mobility were difficult to miss. By the end of the summer, Sims is now considered a Class of 2017 4-star, top 60 player (Scout 48, Rivals 54, ESPN 67), and recently committed to Shaka Smart and University of Texas August 30th.

Clearly, at 6’9 Jericho Sims has an impressive basketball frame with wide shoulders and long arms. He’s a good rebounder and has good instincts. Offensively, he’s still raw but has developed moves on the block. Also, his versatility, vertical and quickness are rare for a player his size.

Some may not know that Sims is better known in his home state of Minnesota because his father, Charles, played basketball at University of Minnesota from 1971-75, alongside Jim Brewer, Mychal Thompson and Flip Saunders and his brother plays football there.

Check out these raw highlights from Jericho Sims playing at the Adidas Midwest Qualifier near Chicago (with D1 Minnesota 17U) who went on to win the tournament.
For more Midwest high school basketball highlights and mixtapes watch and subscribe to Ballislife Midwest youtube channel and follow @scottballislife on Instagram and @BallislifeCHI on Twitter.
Thanks for watching and subscribing!