Thank you Jesus! Brandon Jennings was 1 for 20 in go-ahead buckets and game-winners in the last 5 seconds which was good/bad enough to be the worst in the league over the last 15 years among players who attempted atleast 15 of these. BUT we are talking about the post-Josh Smith Pistons who are red hot and on a 5 game winning streak.  So when Jennings attempted a game-winner against the Spurs on Tuesday night it obviously went in.

“Once I got to the frontcourt, I was open for the 3, but I was like, ‘I’m not going to shoot the 3,'” Jennings said. “Once I saw Diaw get on the outside, I’ve got a good opportunity to go past him, and I shot the floater off the glass.”

Jennings only scored 13 in this game but is averaging  8 more points a game since the departing of Smith and Detroit is now on a 6-game win streak which is the team’s longest since almost exactly 6 year ago (Dec 23 – Jan 4). He also had a game-high 7 assists which matches his assist total from his last game where he exploded for 35 points in just 31 minutes.

I would say there’s a lot to be thankful for in Detroit right now and the man they can thank was in attendance. 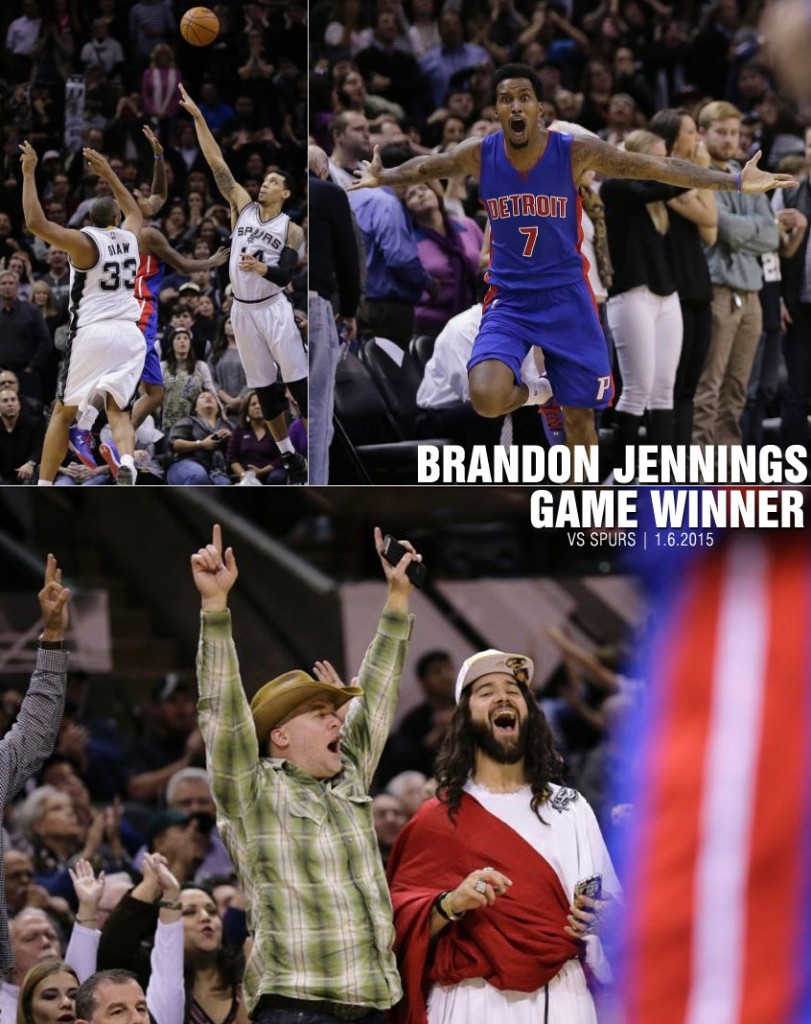