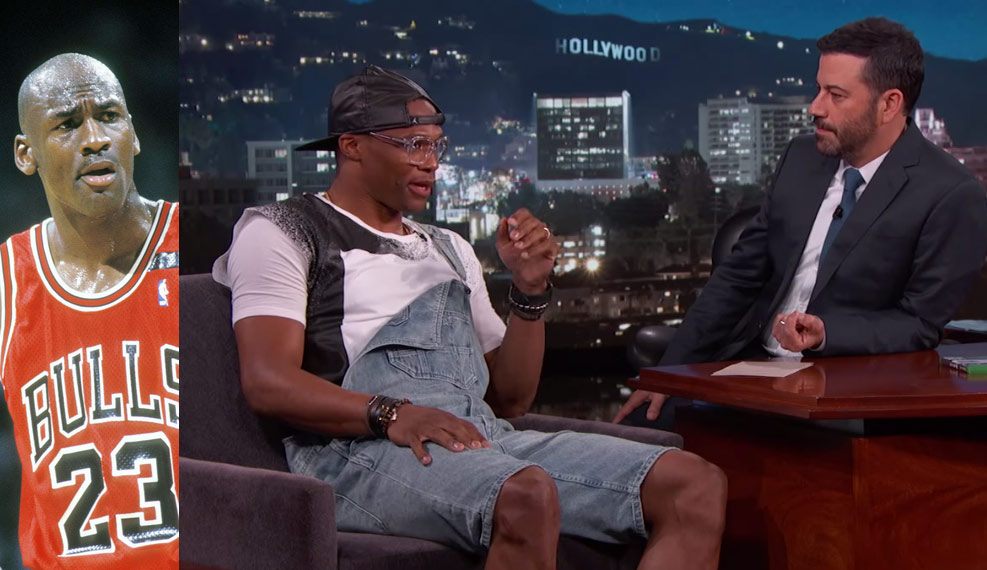 During Russel Westbrook’s visit to Jimmy Kimmel Live, a now bearded Kimmel said Westbrook tied Michael Jordan’s consecutive triple double streak with 4 and asked last year’s triple double leader if he wanted to get 5 to break MJ’s record.  Westbrook did want to but the problem is he needed 4 more triple doubles – not 1.

During Doug Collins’ 1989 experiment with MJ at point, Jordan racked up 7 consecutive triple doubles. When Westbrook got his 4th against the 76ers on March 4th of this year, he became the first player since MJ TO REACH 4 consecutive. Later that month, on the 22nd against the Heat, Westbrook recorded his 10th triple double of the season and 10th in 31 games.  As crazy as that sounds, during Jordan’s streak, MJ had 10 in 11 games!  In the game he didn’t record a TD, he finished with 40 points, 11 assists and 7 rebounds. Also worth bragging about during MJ’s time at point guard was him having a 16 assists game then 3 days later having a 17 assist game and also putting up 21/14/14 in just 30 minutes (he reached the triple double mark in 21 minutes)!

So I’m not trying to take anything away from what Westbrook did last season – which was insane, especially when he joined MJ and The Big O as the only players in NBA history to average 30/10/9 over a 20 game span – but he was pretty far off from catching MJ’s record.

Off topic, during the interview it was cool to hear Westbrook say his favorite player of all-time is the the #2 all-time leader in triple doubles Magic Johnson. 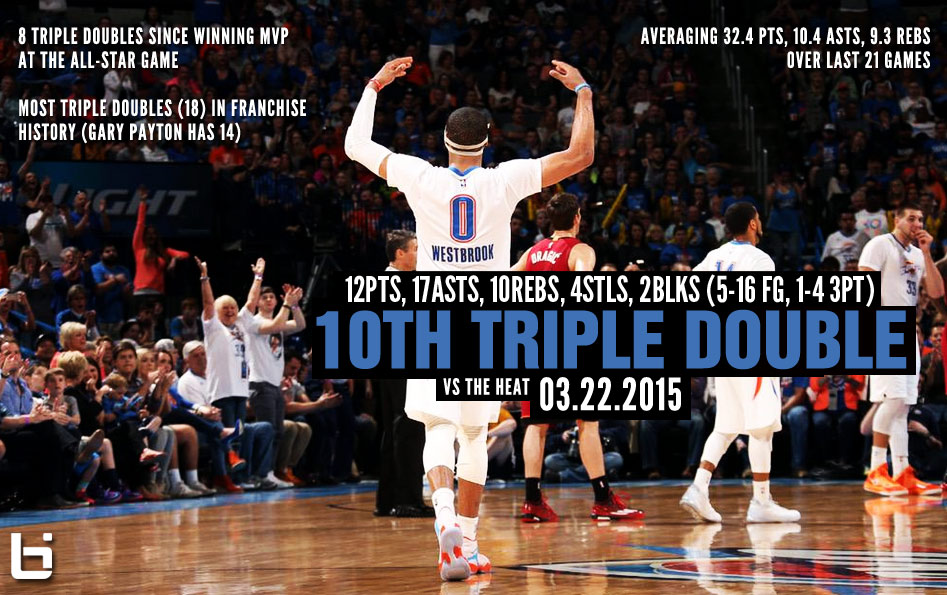 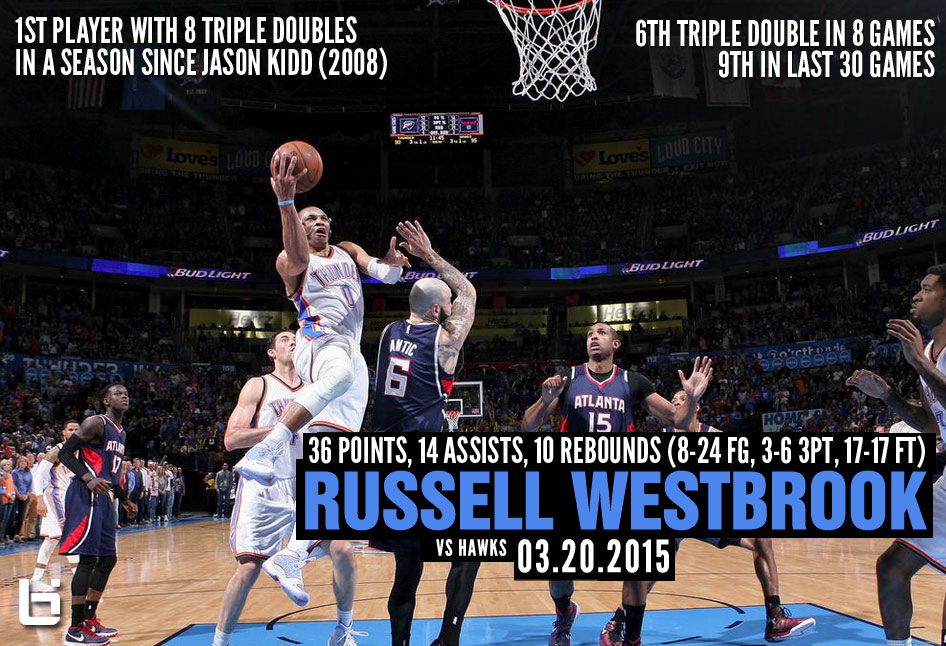 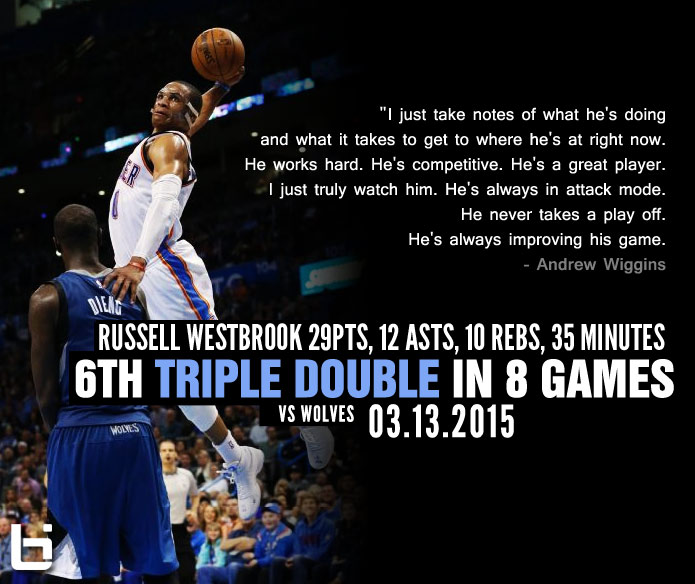 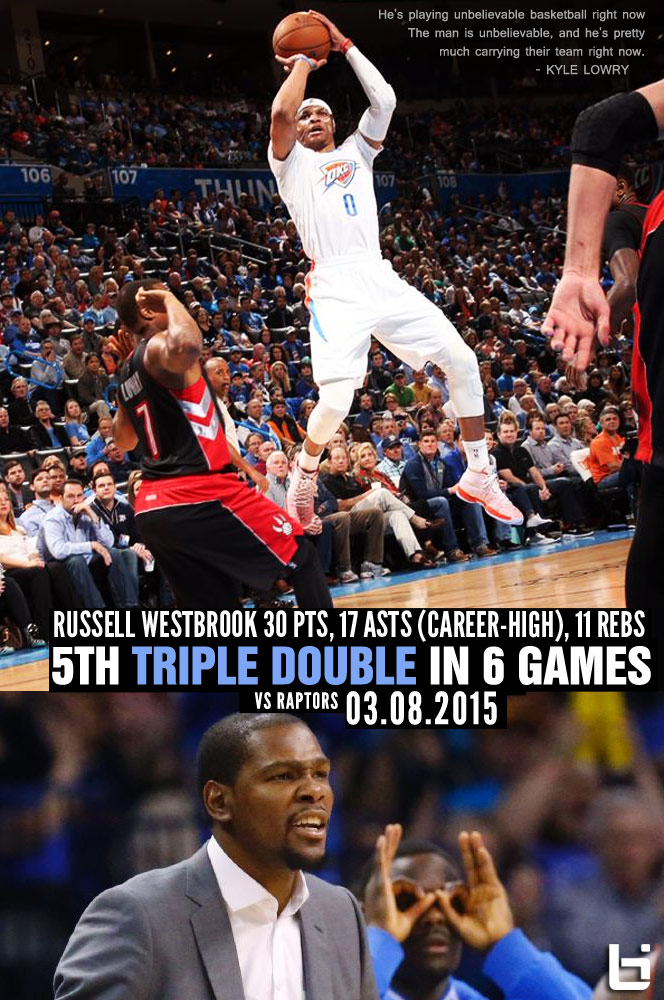