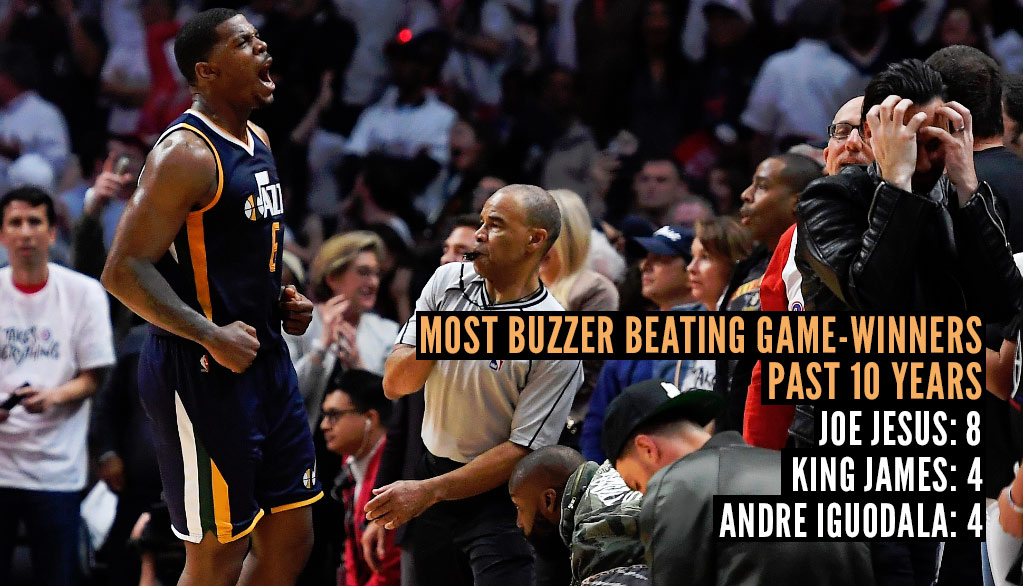 Mention Joe Johnson’s name to the casual basketball fan and they will either mention his contract or ask if he’s still in the league. On Saturday, ...(Read more)

Mention Joe Johnson’s name to the casual basketball fan and they will either mention his contract or ask if he’s still in the league.

On Saturday, Joe Johnson aka Iso Joe aka Joe Jesus (shout out to KG) let those fans know he’s in Utah and there’s a reason why he was on seven All-Star teams and one All-NBA team. Joe came off the bench and put up 21 points and the game-winner against the Clippers in LA.

“That’s what he’s been doing all his career,” Utah’s Boris Diaw said. “So when he gets the ball at the end of the game, we are pretty confident.”

He’s right. The game-winner was Joe’s 8th game-winning buzzer-beater in the past 10 years, which is not only more than any other player but the total of #2 (LeBron James) and #3 (Andre Iguodala) combined.

So in honor of Joe’s knack for coming through in the clutch, let’s revisit some of his best game-winners.