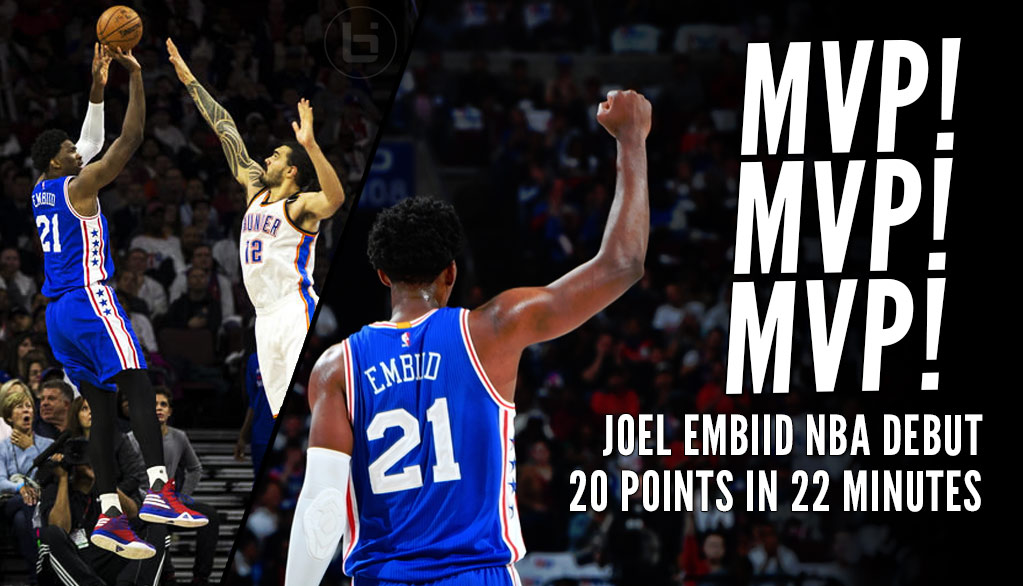 “You know how I learned to shoot?” Said rookie Joel Embiid to SI. “I watched white people. Just regular white people. They really put their elbow in and finish up top. You can find videos of them online.”

Watching those online videos of regular white people, and a certain famous Nigerian basketball player, paid off on Wednesday when Embiid scored his first regular season bucket in the NBA on an Hakeem-like move and jumper near the free throw line.

Midway through the 2nd quarter, the 7’2 big man also showed off his range when he knocked down his first career 3-pointer to give the 76ers an eight point lead over the visiting Thunder. Embiid was so impressive in his debut, the sellout crowd chanted “trust the process” and “MVP” during free throws in the 3rd quarter.

“Having the fans chant that, it was special and I loved it,” Embiid said.

Unfortunately for Embiid and the fans, Russell Westbrook – who had an amusing exchange with a bird-flipping Allen Iverson fan – and the refs spoiled the fun night and came away with 103-97 victory after outscoring the 76ers 34-22 in the 4th.