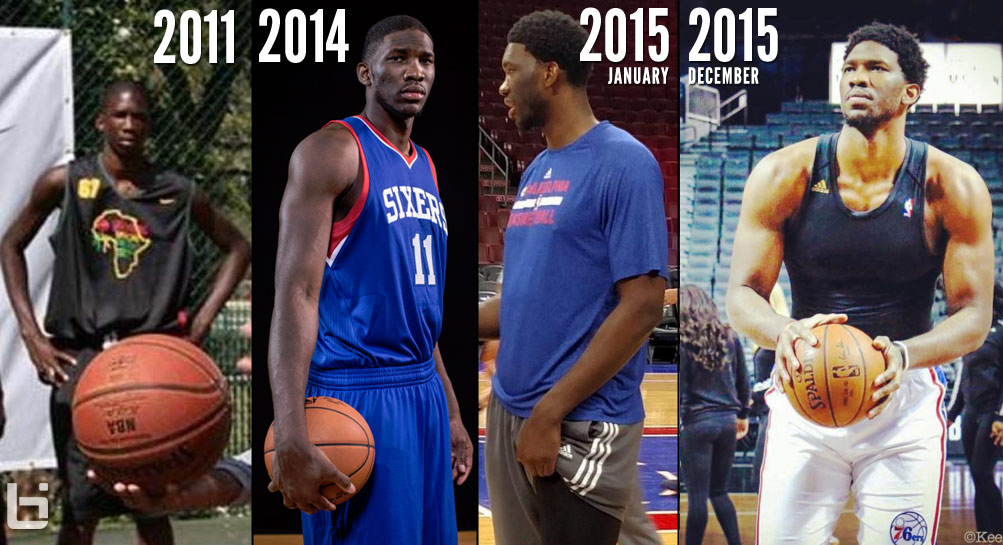 Maybe all the fat and busts jokes are getting to him. Maybe it’s the stories of his “lazy work ethic.” Maybe it’s watching the 76ers lose every night. Maybe it’s because he got so hyped up after watching his favorite movie of the year: Creed. Whatever it was, something has motivated the 76ers big man to get big — REAL BIG in a good way!

On Friday night, Joel posted a pic of himself looking real swole with the caption: Coming along nicely #TrustTheProcess #shirleytemple 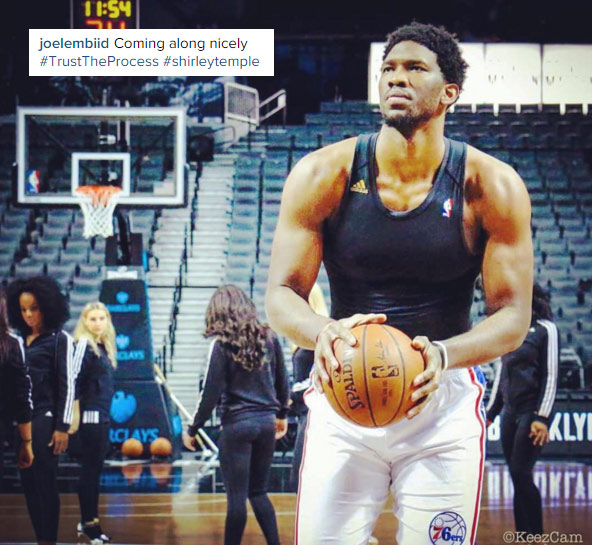 Now let’s just hope he can get healthy and show that his hoop game is as good as his twitter and interview game.

Joel didn’t start playing basketball until the age of 15. According to him, he was so awful when he started playing high school basketball the coach kicked him out of the first day of practice. He obviously got a little better and was the number one ranked center in the nation by his senior year.