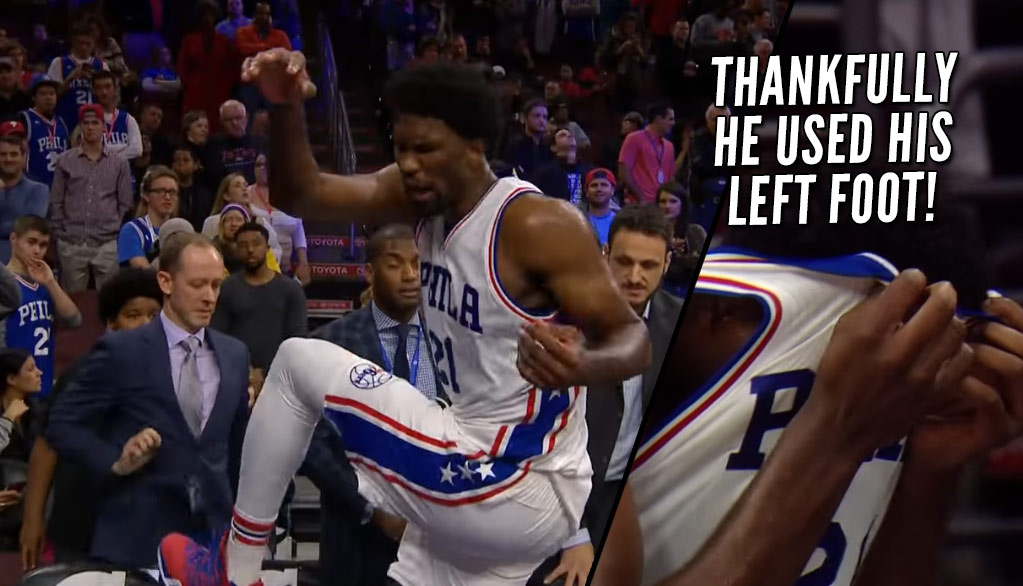 The 76ers minutes restriction on Joel Embiid (and Jahlil Okafor) has been pissing off basketball fans all season long. On Wednesday, it pissed off Joel Embiid. ...(Read more)

The 76ers minutes restriction on Joel Embiid (and Jahlil Okafor) has been pissing off basketball fans all season long. On Wednesday, it pissed off Joel Embiid.

Going into a double OT against the Grizzlies, the rookie of the year favorite, who had 12 points, 11 rebounds and 3 blocks in 27 minutes, was told he had to sit out the 2nd OT because of his minutes restriction. In anger, Embiid kicked a chair before sitting in another.

“It was frustrating but those guys care about me and are looking out for me,” he said after the 76ers lost the game and was outscored 13-8 in double OT.

When asked if he’s looking forward to the day his minutes restrictions lifted, he replied, “I can’t wait for that day to come.”

He also said he thought he was fouled on his potential game-winner at the end of regulation.

“I don’t know if I’m going to get fined for this but I thought I got fouled,” Embiid said.

I’m just glad he didn’t break his foot (again) when he kicked that chair but he was smart enough to use his left foot; the right foot is the one he broke twice since 2014. Can you imagine the horrible irony of Embiid getting injured because the coaching staff was trying to keep him from getting injured? We are talking about the 76ers and things like that happen to the 76ers.