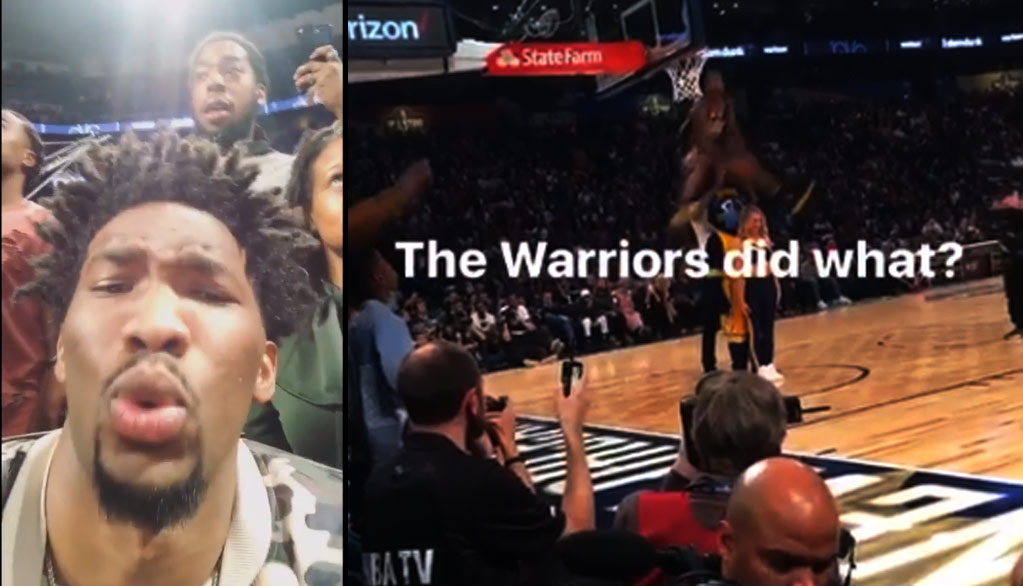 The Golden State Warriors had a rough Saturday. You had a PA announcer introducing Kevin Durant as “OKC’s own.” You had Steph Curry getting roasted for ...(Read more)

The Golden State Warriors had a rough Saturday. You had a PA announcer introducing Kevin Durant as “OKC’s own.” You had Steph Curry getting roasted for missing nine half-court shots for the Craig Sager foundation. You had Klay Thompson failing to make it past the first round in the 3-point contest. You would think the only place the Warriors were safe from trolling and disappointment was in the disappointing NBA dunk contest since they weren’t involved. Wrong!

Like bacon, everything with Joel Embiid in it is better. And while the injured rookie was recording the dunk contest for his Instagram account, he captured a fan yelling, “Warriors blew a 3-1 lead” as Glenn Robinson III was throwing down his contest winning reverse dunk. It took the unappreciated dunk from impressive to memorable.

Speaking of memorable, hours later, Embiid had the opportunity to take a pic with that crying meme guy. 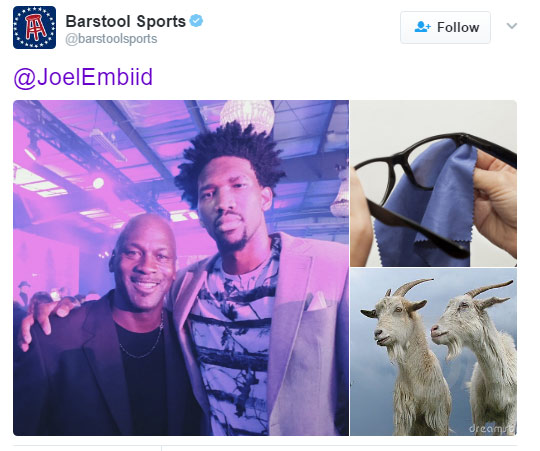