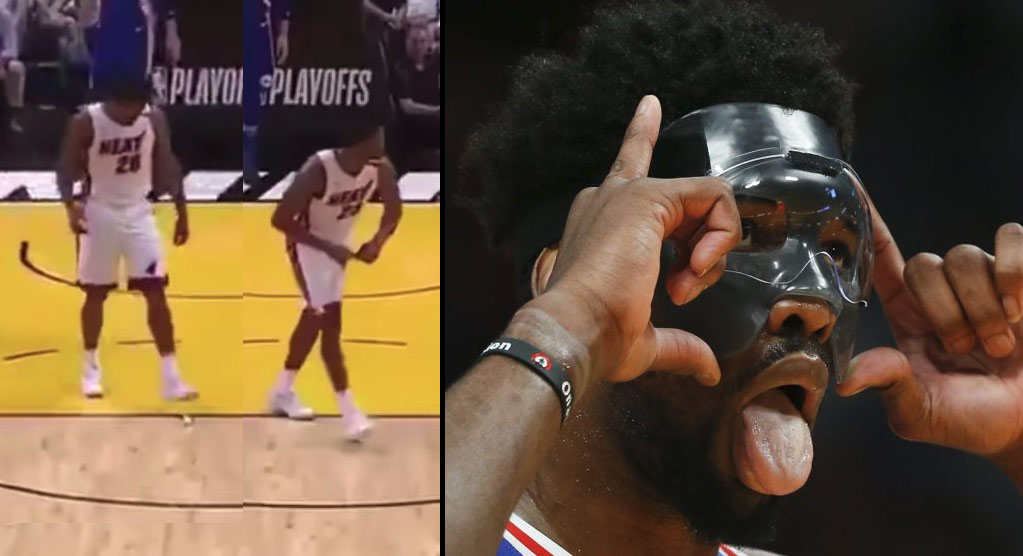 Joel Embiid made his playoff debut on Thursday. We were hoping for another drama-filled battle between him and Hassan Whiteside that would spill over into social ...(Read more)

Joel Embiid made his playoff debut on Thursday. We were hoping for another drama-filled battle between him and Hassan Whiteside that would spill over into social media after the game. We didn’t get that because Whiteside was only able to stay on the floor for 13 minutes and sounded like he had bigger issues with his coach than his competition. What we did get was some great entertainment between the masked Embiid and Justise Winslow, who intentionally stepped on and tried to break the goggles from one of Embiid’s masks during the game (now that’s old school thinking!).

“Justise stepped on it and tried to break it with his hands but little do they know that I have about 50 of them so it’s going to take much more than that to get me out of the series. I’m going to be a nightmare for them too.”

Despite the discomfort from the three masks Embiid went through on the night, he still put up 23 points (3-4 3PT), 7 boards, 4 assists and 3 blocks in the 20-point win. His most satisfying block came against Winslow seconds after getting blocked by a trash-talking Winslow.

“I’m glad I got him back and kind of shut him up a little bit… you don’t really want to talk trash to me.”