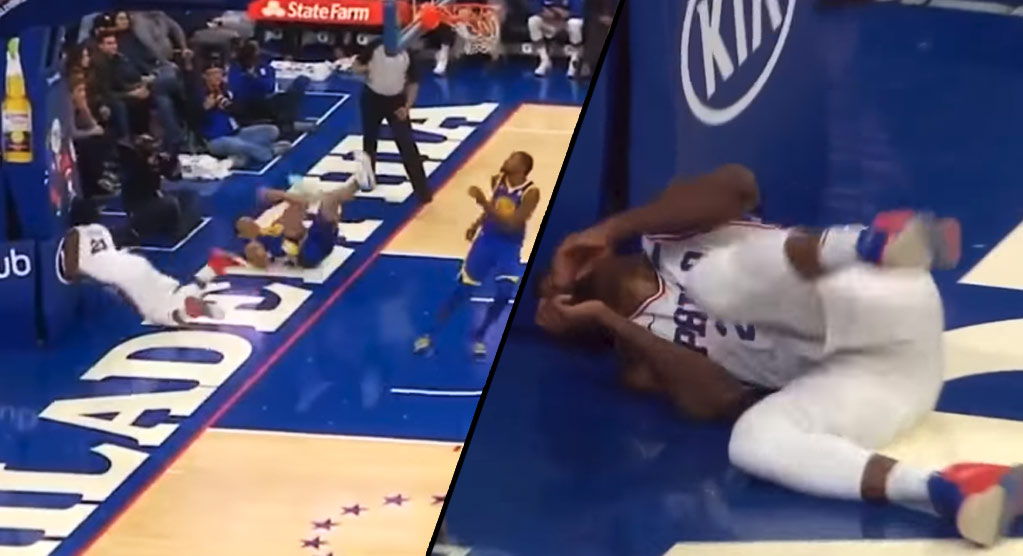 I know it’s not his fault but can I blame Zaza Pachulia’s big ass feet for this? His foot did trip Joel Embiid’s foot, making the trash-talking ...(Read more)

I know it’s not his fault but can I blame Zaza Pachulia’s big ass feet for this? His foot did trip Joel Embiid’s foot, making the trash-talking big man smash his face into the stanchion during the third quarter of the 76ers and Warriors game. But since the trip happened while Embiid was coming from behind on a chase-down block attempt, I don’t think I have much of a case by saying Zaza did this intentionally. Damn. Now, I can’t say the same thing about his foot and Kawhi Leonard during last year’s playoffs.

Anyways, Embiid was fine after a few seconds but I can’t say the same about his team during that third quarter. The 76ers were outscored 47-15 in the third, blowing a 22-point halftime deficit.

The Warriors went on to win the game 124-116 and after the win, Kevin Durant said they had to win it because they didn’t want to hear Embiid “talking shit” on social media afterwards.

“We wanted to win this game really, really bad. After being down by so much, we didn’t want to lose to these guys, especially Joel. He would have gone straight to twitter and started talking shit.”

Embiid being the social media God he is, still found a way to “talk shit” on his Instagram account.

Now we know what it feels like to blow a big lead.. Gotta stay focused to get the job done. Great learning lesson and I also love playing against Draymond #TheProcess