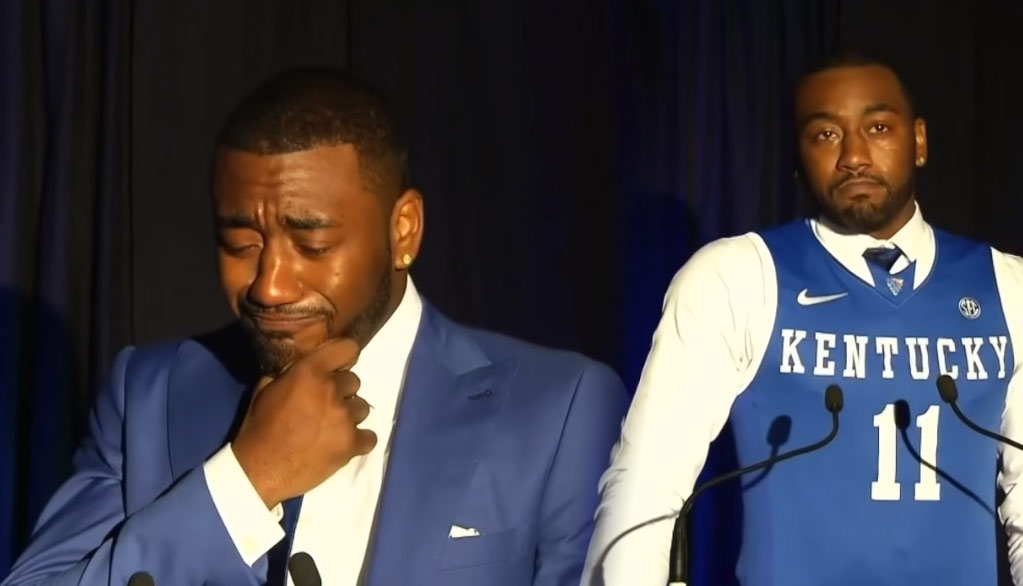 John Wall’s mother, Frances Pulley, deserved every tear that John Wall tried to hold back during his emotional speech at the Kentucky Hall of Fame on ...(Read more)

John Wall’s mother, Frances Pulley, deserved every tear that John Wall tried to hold back during his emotional speech at the Kentucky Hall of Fame on Friday. Wall told the audience stories about her and how she would drive 45 minutes to drop him off at kindergarten and then wait in the parking lot for half an hour because that’s how long it took for him to get into trouble; how she would avoid paying the electricity bill so she could pay for his AAU basketball expenses.

“I just wanted to say thank you for being my mom,” Said Wall, while trying not to break down. “I know it’s tough growing up with me and my two sisters, seeing my dad go to jail at a young age and you sacrificing everything.”

The sacrifices paid off. Wall became the National Player of the Year at UK, the number one pick in the NBA draft, a four-time All-Star and recently agreed to a four-year, $170 million contract extension.

Every dollar in the contract is because of the people he thanked in his speech, especially his mom and coach John Calipari, who continued to support Wall after a breaking and entering charge in high school.

“One of the first people that came down there in 24 hours was Coach Cal and he said, ‘Listen, you’re coming to school; we’re getting you away from here.,’ A lot of coaches would have ran from that. They wouldn’t have believed in me. They would have gave up on me. And to see what I did and what I’ve accomplished and the person I have became, I couldn’t thank nobody else.”

Wall’s induction made him the first of Coach Cal’s players to be inducted and the first one-and-done player at Kentucky.