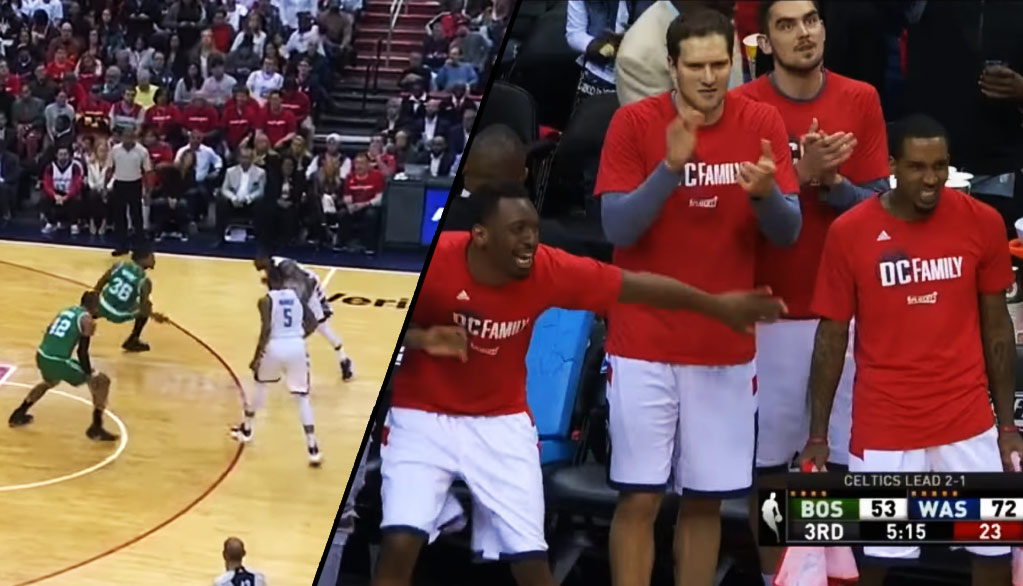 “We’re capable of those type of runs every game,” said Morris (Markieff, we think) about the 26-0 run. “Keep pressing them, go up 50 if we can. That’s the mindset I felt like all of us had.”

During that run, John Wall had seven of his 27 points, three of his game-high 12 assists and one nasty move on a spinning and dancing Marcus Smart.

As for his match-up with Isaiah Thomas, IT finished the game with 19 points but 17 of those came on 5 for 5 shooting in the first 15 minutes of the game. He missed five of his final six shots. Wall missed his first nine shots but made eight of his final 14 in the 121-102 series tying win.